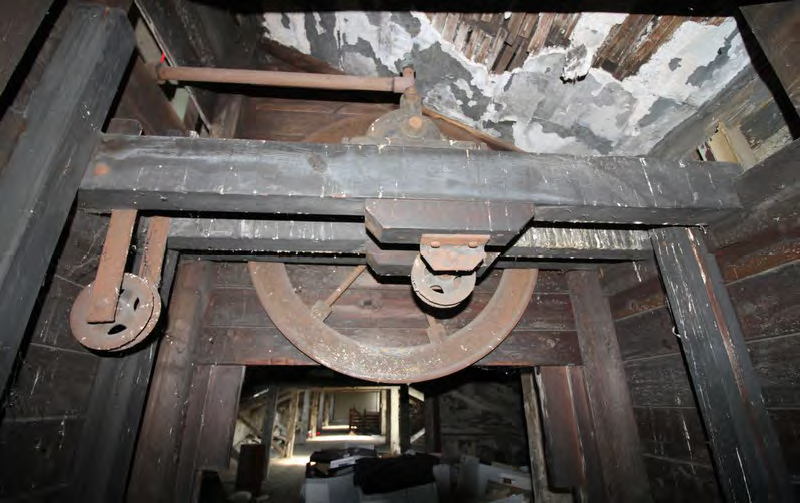 The history of Islington Mill closely reflects the wider social and economic history of the North of England.

We are one of the longest standing mills of our kind, purpose-built in 1823 to spin imported cotton that was farmed and cultivated by enslaved people overseas, then processed by exploited workers here in Salford.

Islington Mill was part of the explosive industrialisation of England. In the following centuries, as many types of British manufacturing were dismantled, the uses of the mill gradually changed from intense manufacturing to storage, retail, clerical and eventually partial disuse.

As with many abandoned buildings around the country, artists began to occupy the property, making and sharing their work and ideas. Over time, this process saw us galvanise into the dynamic arts organisation that we are today.

Today, Islington Mill has embarked on the renovation of its main building, including the replacement of the roof, refurbishing the fifth and sixth floorw and making the building accessible via a new lift.

The works are due for completion by mid to late 2022, where we will see the 5th floor transformed into a multiple-occupancy residency and creative space with a brand new roof.

As part of our heritage activity, Salford Archaeology have been commissioned to capture and record the heritage of our building, examining key points of interest and continuing to record the building process through a watching brief.

One part of this commission is the production of a Gazetteer – a detailed record of significant points of interest on the fifth and sixth floor of Islington Mill.

We are looking for a creative practitioner who can transform the features of the gazetteer and accompanying building recordings (including 3D laser scans and walk-throughs) in order to create a quality dynamic digital resource which is functional, explanatory and accessible and will reside on the Islington Mill website for educational and community uses.

Here are some examples of significant points from the gazetteer: 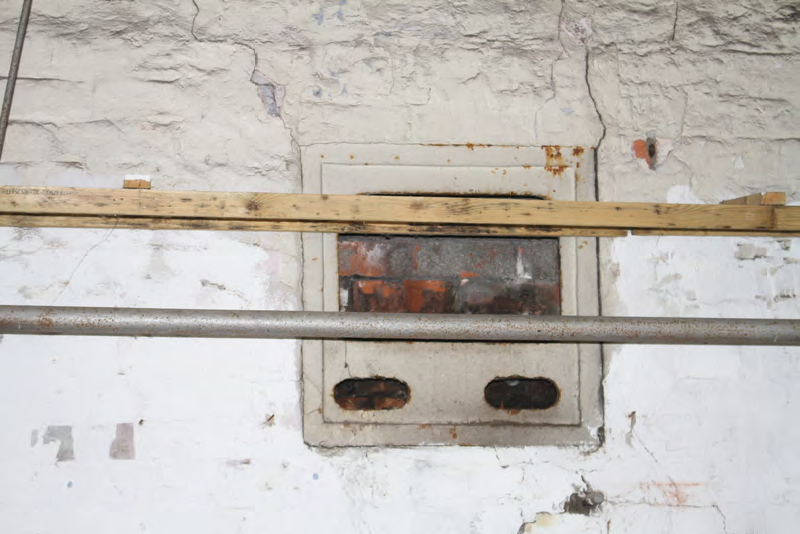 Description: A cast-iron bearing box set within the western gable wall. It formed the end bearing for a line shaft, and is of a style typical of the mid/late 19th century, representing the only extant evidence for significant modifications to the principal line shafting system within the mill undertaken following the repositioning of the engine house after 1828, but probably significantly later.
Assessment of Significance: The bearing box provides good visual evidence for modifications to the power system within the mill and is therefore considered to be of HIGH significance.

Description: A hoist between the 5th and 6th floors, placed in the southern part of the western bay. It survives to the full height of the bay, and comprises horizontal tongue-and grooved planking to a squared timber stud frame. An opening in the west side may have had a door at some point, and affords access into the hoist tower, which retains timber framing carrying a large pulley wheel, and two smaller pulley wheels for a rope on the western side. The aperture between floors (5/14) also has an in-situ cover.
Assessment of Significance: The feature represents an insertion, probably in the late-19th or early 20th-century, although the housing may be for an earlier opening between the two floors. The hoist mechanism survives intact, increasing its rarity, and it is therefore considered to be of HIGH significance.

If this is a project that captures your imagination, please put together a two-sided expression of interest which outlines your idea with a small example of how you would interpret the feature outlined in the brief. We are also asking for links to your previous experience and for you to estimate your fee for this piece of work.

Expressions of interest to be received by 19th April 2022.