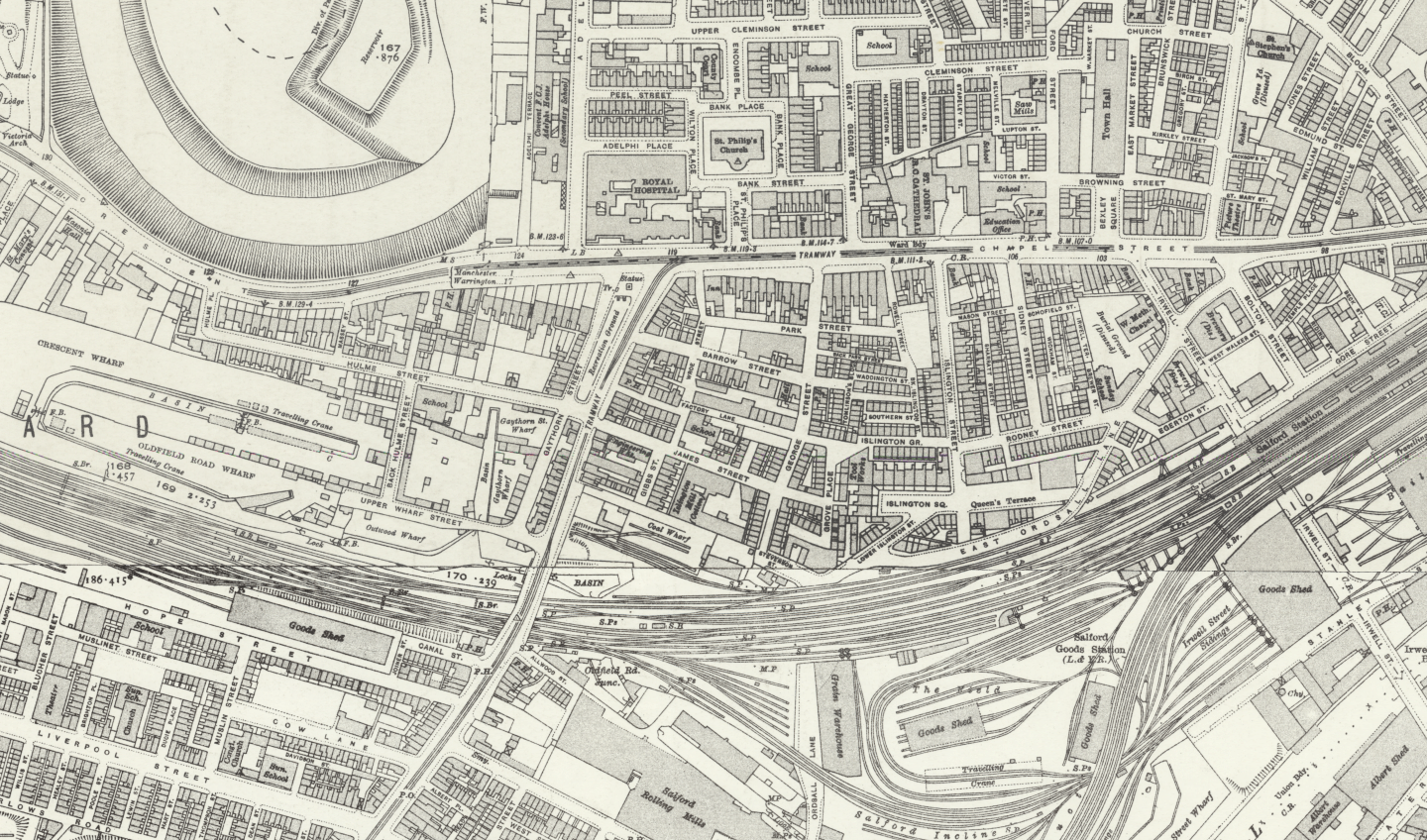 This page features maps showing the changing terrain of our city of Salford, including an annotated interactive map indicating where some of the mill workers lived who were killed in the accident of 1824. 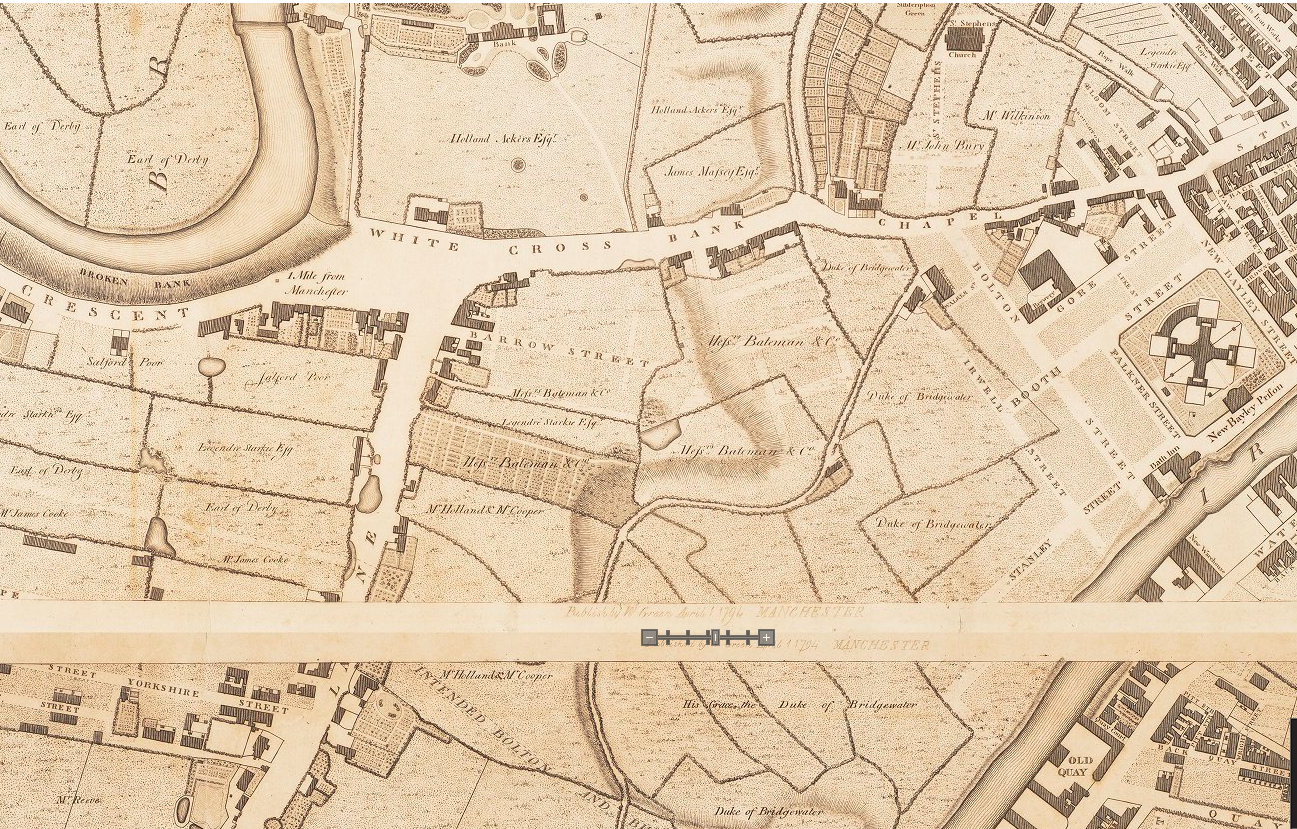 A plan of Manchester and Salford. Drawn from an actual survey by William Green. Begun in the year 1787 and completed in 1794. Engraved by J. Thornton. (Click through for full version).

This map shows our area of Salford before James Street existed. The area that will one day become James Street is part of the Duke of Bridgewater’s land. Some of the older streets are already in place, including Barrow Street where our neighbour St Philip’s School stands today. You can also see at the bottom of the map an intended route for the forthcoming canal. 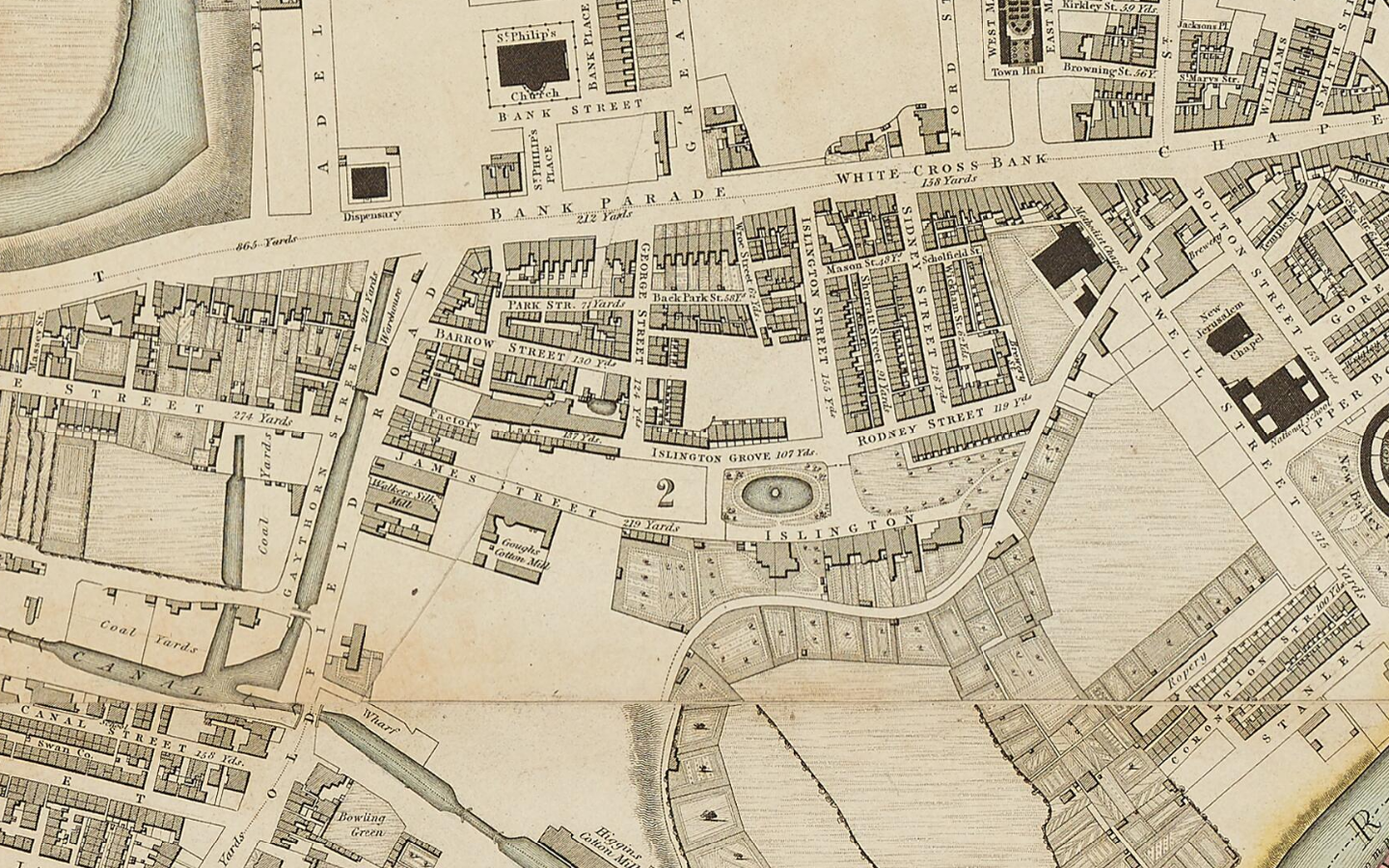 The map above shows ‘Gough’s Cotton Mill’ (Islington Mill) on James Street, after owner Nathan Gough. There is also a silk mill next door situated on Oldfield Road. The industrial nature of the neighbourhood is also evident in the coal yards backing onto the canal, and the narrow streets of workers’ houses such as Back Park Lane and Factory Lane. You can see that the main thoroughfare of Chapel Street is divided into named stretches such as Bank Parade and White Cross Bank.

The city can now be seen as a densely built-up and populated area. Islington Mill can be seen on this map but is unlabelled. Meanwhile around us has sprung up numerous other cotton mills, a prison, paper mill, chemical works, railway stations, silk mills, print and dye works, schools, chapels and infantry barracks. Most of the green space has been given over to industry and housing.

Where the workers lived.

This interactive Google map is based on original research by Fraser Chapman, supplemented with later research by Greg Thorpe. It maps the workers’ home addresses as closely as possible based on the addresses given in official reports or on burial certificates. It also shows the known burial sites of the workers. Click on the markers to read more.