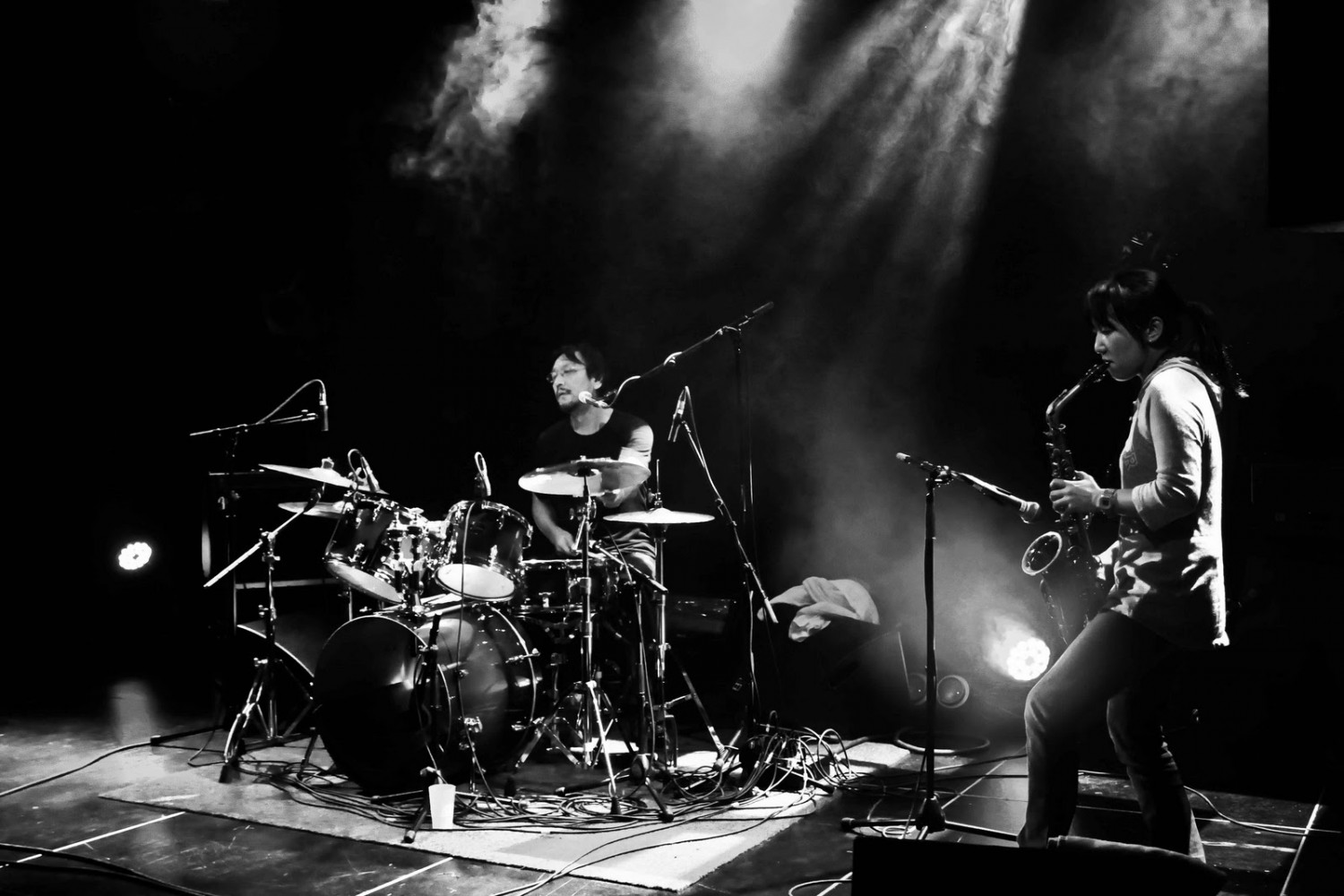 Another stella show from the ladies in Fat Out’s Burrow on SUNDAY 21st AUGUST.

As Sax Ruins, they have restructured the orchestration of Ruins with the involvement of the saxophone with the result sounding like a big band playing progressive Jazz Core.

Barberos are absurdist electro-noise theatre from Liverpool, Barberos are not like other bands. An awesome two-drummer percussive battery, shuddering synth noise and frantic tempo switches, whirling between jazz, prog, avant-noise, breakcore and pounding polyrhythms all whilst clad in skintight full-body spandex.

Some say that a.P.A.t.T.’s sound is something of a moving target. This is, after all, the band that swaps instruments mid-song, starred in a TV sitcom, and has even run its own small country for an evening: a restless, relentless take on 21st century music and performance through a lens of knowing, winking, quintessentially British humour.