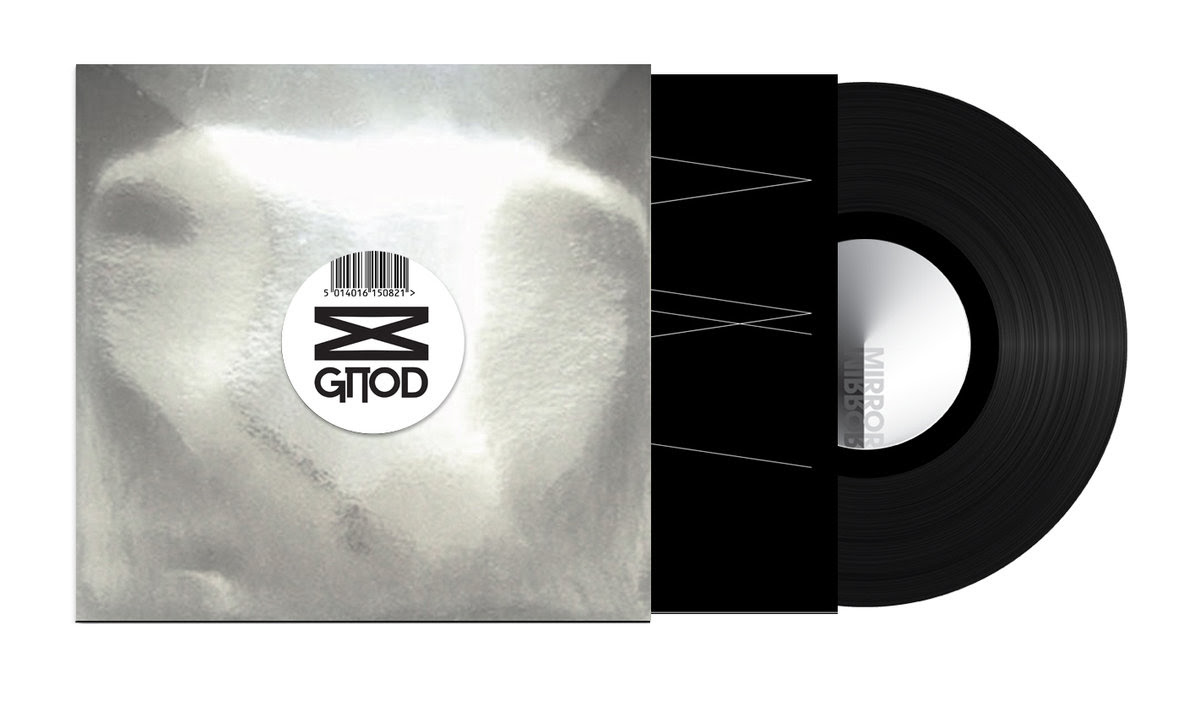 “As 2016 dawns , it’s a fool who predicts the next move of Gnod, seemingly less a musical collective and more a psychic force fueled by maverick spirit and fearsome willpower.

Their mind-frying 2015 triple-album ‘Infinity Machines’ stood proud as a towering work of experimental expansion, acidic invective and nihilistic abrasion.Yet as an outfit whose restlessly uncompromising nature is matched only by their unflinching anti-establishment drive, Gnod set about creating a diametrically opposed aesthetic.

Just as dramatically as their restless disposition morphed their sound to a binary-driven direction for their last work, now Gnod were to strip their electronic setup to a vicious, viscous attack, as redolent of the primal punishment of early Swans as the angular clangour of prime Public Image Ltd, yet shot through with a mercurial power and fiery intensity that could come from no-one else. The opening title-cut of ‘Mirror’ seethes with lithe energy and dubbed-out vitality, whilst elsewhere the eighteen-minute closing track ‘Sodom & Gomorrah’ may be the most dystopian piece of music the band have yet created; a harrowing yet fiercely compelling colossus of bleak abjection.

“The tracks were pretty much written on the road in May 2015” elaborates Gnod’s Paddy Shine. “The final versions of the tracks on the album are a reaction to the results of the re-cent UK election and also some shit that was happening to us and our friends during that period. Lyrically it deals with mental health issues and how things like social media are a vehicle for our split personalities and egos – that and being under the thumb of forces and power structures we can’t really fully understand, or even if we understand them we feel helpless to change the situation. This album won’t change the situation or start any revolutions but it felt good for us to write some music to let the rage out”

Reflecting and refracting the uncertainty of a darkening era, ‘Mirror’ is a work of bold reinvention and raw renewal, sculpting chaos and discord into a formidable statement of in-tent. Only one thing is certain – wherever Gnod choose to go next, their ire and inspiration blaze as brightly as ever.” 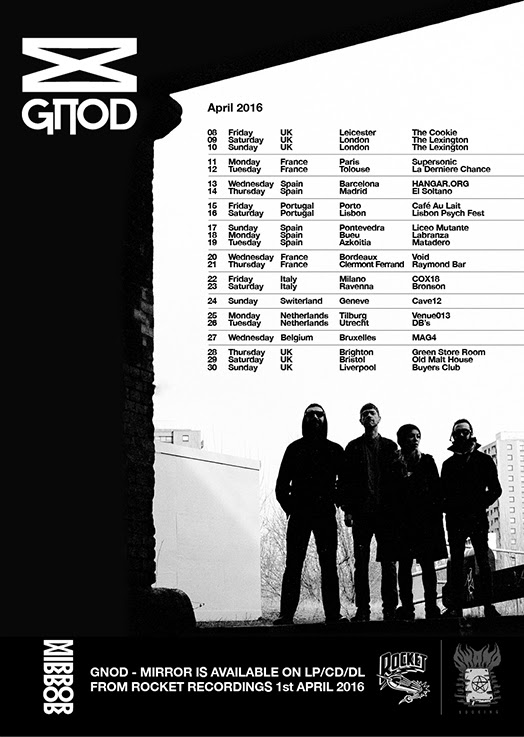