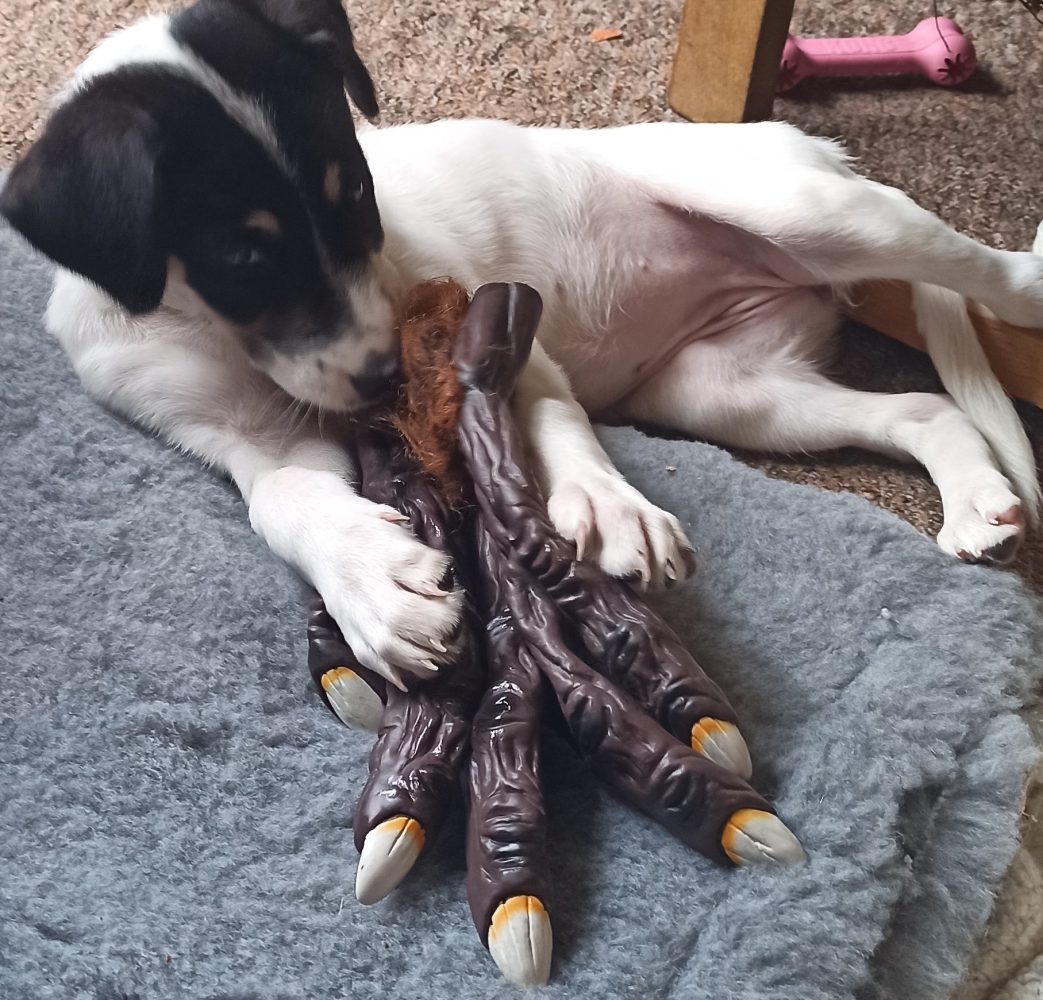 Following on from Masks For Life, Memories Of Living is the second COVID-response project from Islington Mill. We invited some of our artists, staff and tenants to respond to their experiences of lockdown using film, words, images and interviews. The first piece was a short film by Greg Thorpe which you can watch here, and our latest is a piece of prose writing by Islington Mill artist, Darren Adcock.

My name is Darren Adcock. I am an artist based in Manchester and Salford. I arrived here in 2005, drawn to DIY music events that were happening in houses/basements/The Klondyke Club in Levenshulme etc., which was an extension of friendship groups I’d met at similar DIY things in Stoke, where I studied Fine Art. I’m currently in the middle of a protracted project involving mechanical contraptions that are controlled by synthesisers that I build. I’ve not worked out a short way of explaining this yet as it’s a complicated system I’ve been developing. It involves multiple signal loops that are overlayed to generate what I hope to be long form or pseudo random compositions.

I’m about four years into my project and the compositional aspect is in constant development. The first couple of years were taken up by teaching myself electronics. I could probably have finished by now if I’d used Arduino, but I’m stubborn and have been making it all analogue-style. I find it hard to think of anything else at the minute other than this project as it’s been so all-encompassing, but I also co-organised Mad Pride in Manchester last year and I play in two musical acts. 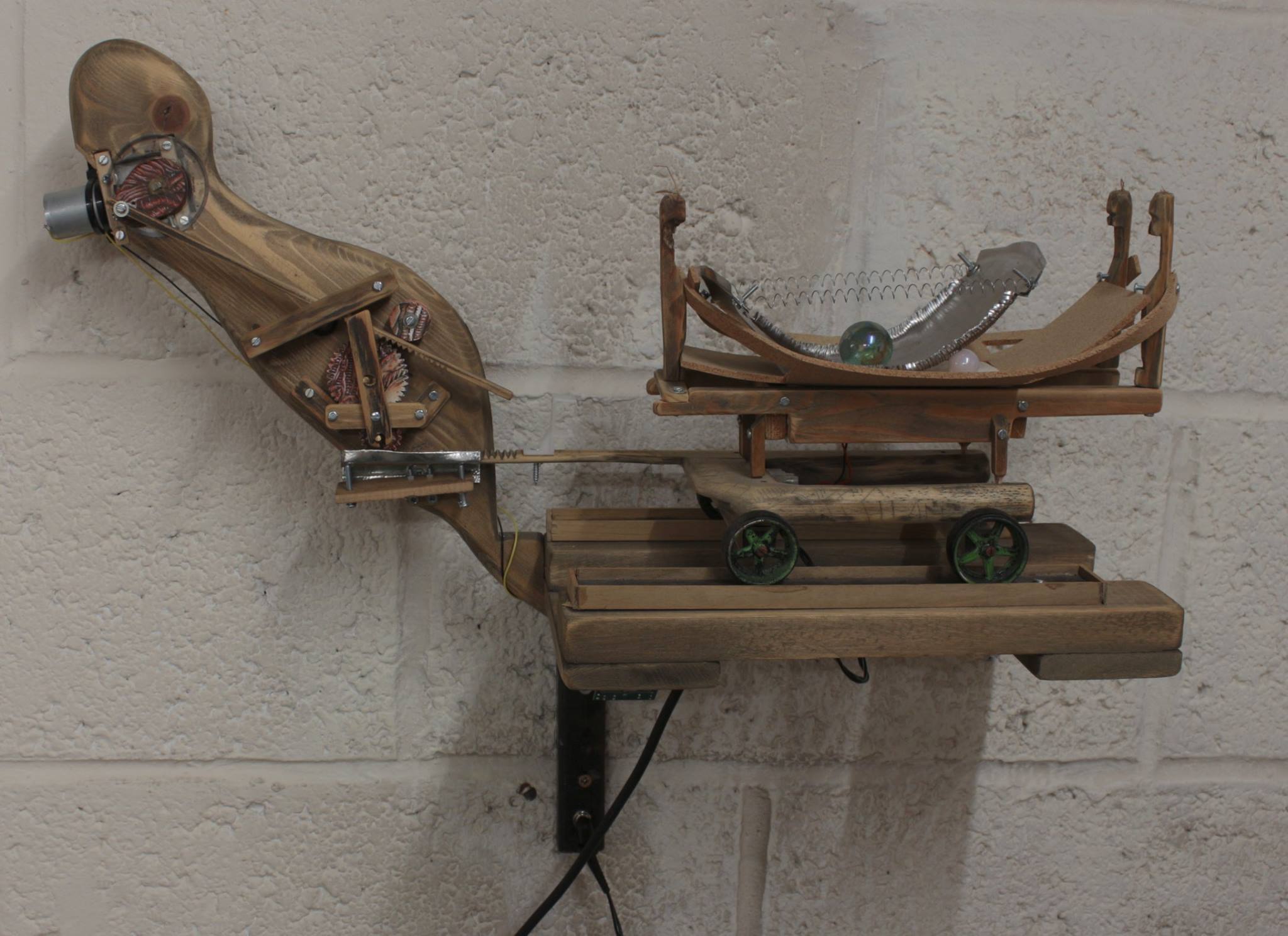 I first came to Islington Mill around 2006 to see gigs, and to over-indulge in some partying, of course. I think I got my first studio here, sharing with Pascal Nichols, around 2017–18. I remember how happy I was sitting in the courtyard, which quickly became an oasis as the plants grew and bloomed, chomping on blueberries, enjoying hangouts there, meeting other creatives, as well as the cats and dogs. I grew quickly fond of the team at the Mill and was happy to be allowed to help out a little. I’ve not been well enough to have employment for around 10 years so it was nice to be able to satisfy some of what I miss from being employed.

The team at Islington Mill helped Tasha Whittle and myself to have a mini residency in their gallery space, with a project of ours called Coatic Sequence, which allowed us to record an album for a label called Fractal Meat Cuts. This project involves using drawing to control sound, but at the same time the sound has a tendency to also dictate the drawn marks, and so it quickly becomes a liminal process and thus quite abstract and expressionistic. It was really good having this opportunity early on in my time at the Mill. 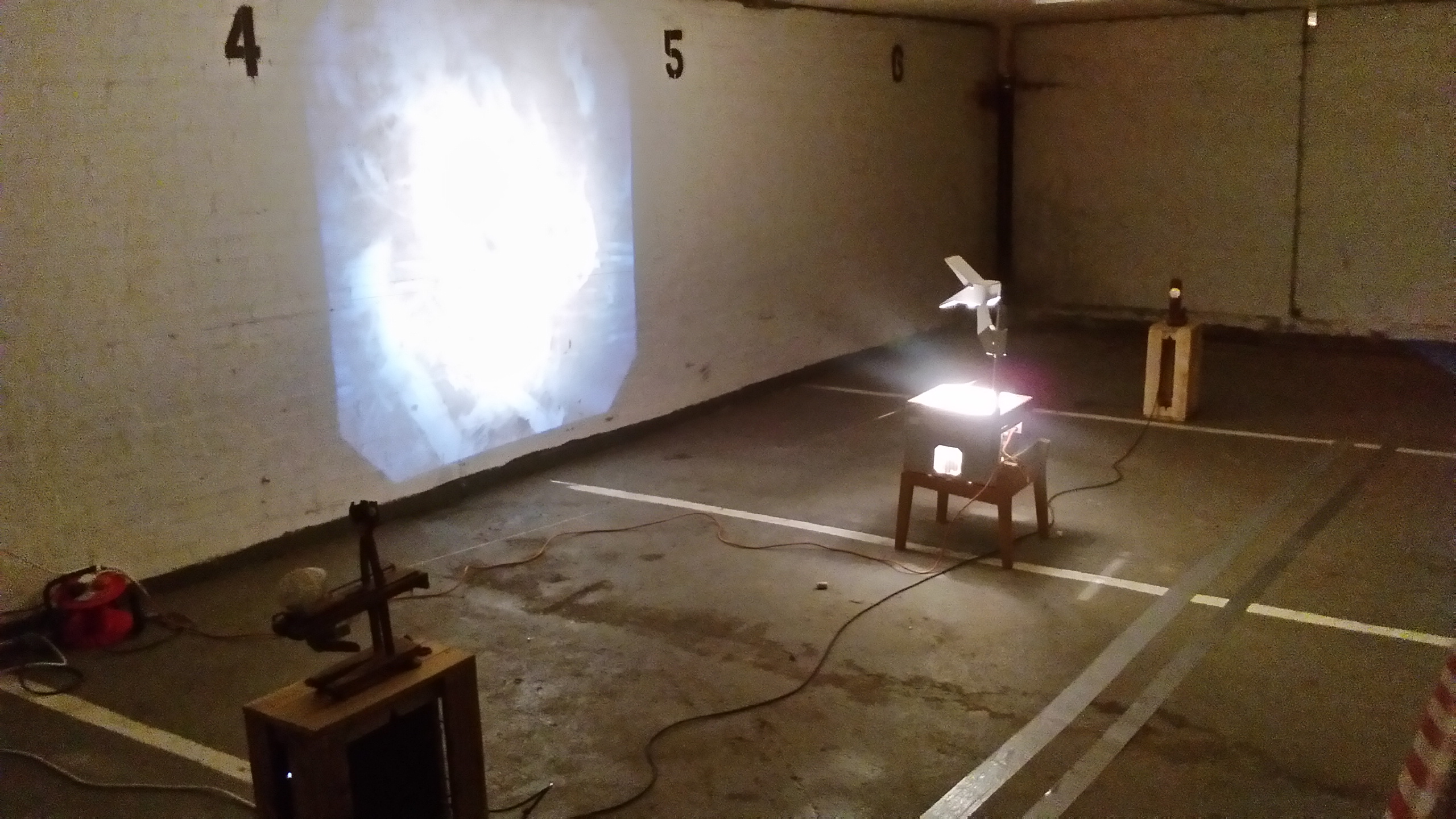 I’m not sure whether a typical day at Islington Mill exists, however hopefully it’s dry outside so it involves some courtyard hangouts, usually a morning cigarette (not a coffee anymore, I miss that ritual) and a slice of toast made in the kitchen. Then a little natter with one of the team or with a studio holder. (This morning natter can stretch out quite easily and involve some work avoidance…) Then I get to my studio and I tend to potter away until early evening time, frequenting the courtyard as often as I like.

People will sometimes come by my studio to chat or get advice on something they are making, or it might be the other way around. The Mill is full of knowledge and people will mostly help each other. Working in electronics is a lonely field as there just aren’t many people making electronics, especially analogue, so to find two folks at the Mill who do was a real treat. There’s usually a residency happening somewhere at the Mill so there might be an exhibition on or an event planned. I miss the manic feeling that exists there, and I mean manic in the nicest possible way; people beavering away to meet deadlines, and the team trying to juggle everything possible to keep the boat afloat. 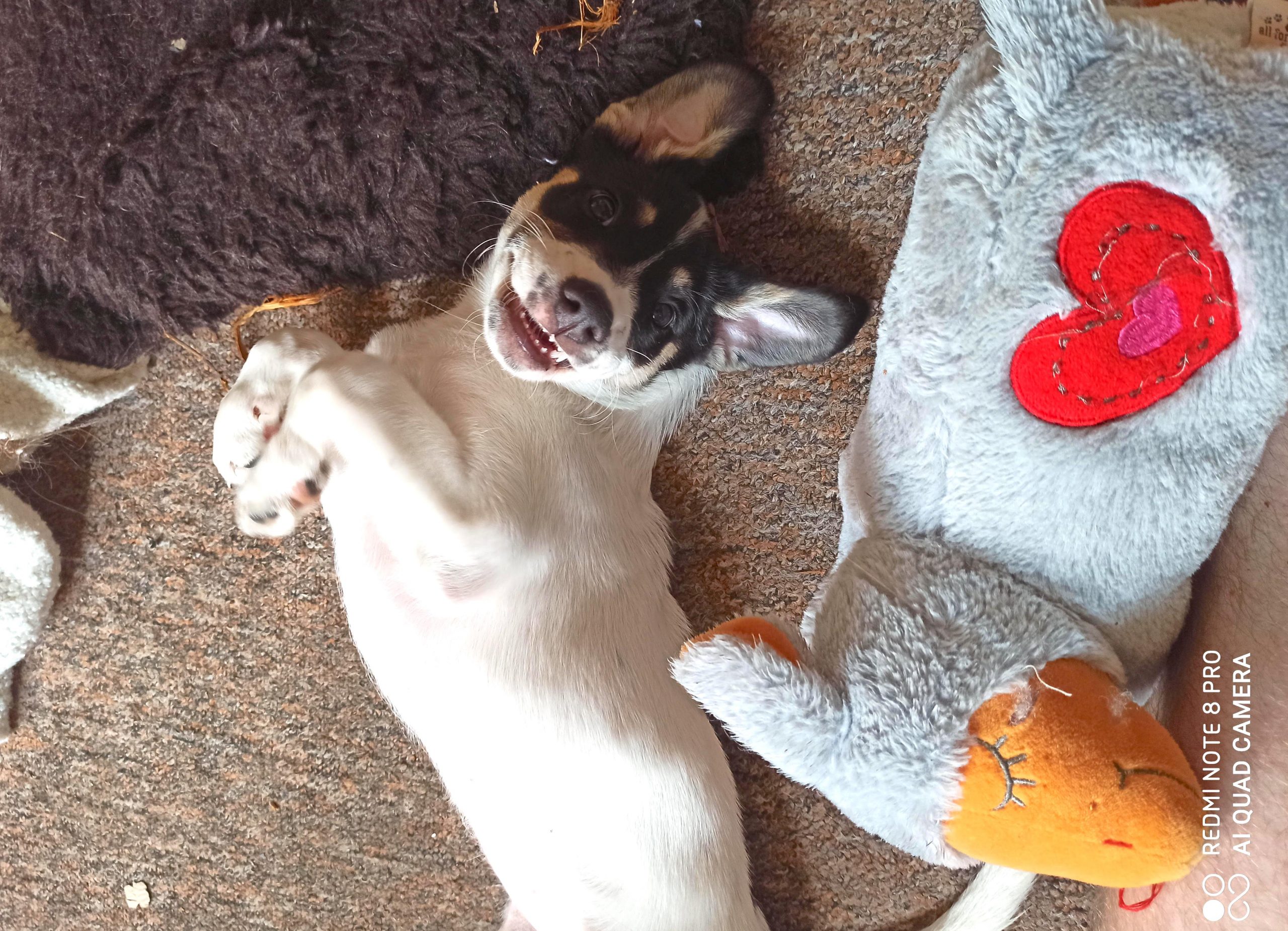 I found lockdown initially very easy as I’m happiest being on my own, but intrusive thoughts plague this brain so it became steadily more difficult. Being creative and indulging in protracted projects is the only way I’ve found of managing this. I knew I wouldn’t miss seeing so many people; people are confusing. I miss the autonomy of being able to choose though. I’ve watched all kinds of crap, drank too much at times, not washed as regular, enjoyed being scruffier than usual, and you know quite enjoyed being lazy and playing video games, but I could probably not play Civilisation 6 for a long time after this. During lockdown I also got an album made with my friend Luke for a project of ours called Honkeyzontal Picnic, which is an absurdist dada music / talking thing that will come out on the Steep Gloss label.

I’ve also enjoyed reading and trying bits of writing too. I’ve spent a lot of time worrying, like most will have been, and I’m trying to put together some kind of suicide/self-harm prevention resources for creative spaces. I hope everyone is doing okay with the benefits system. I know that many won’t be doing okay, it’s a punitive system disguised as some delightful favour. In public life I’ve also been growing increasingly tired of people calling Trump a narcissist, sociopath, psychopath etc. I want a world where diagnostics aren’t weaponised at all. I wish people could see this from a disability rights point of view, rather than indulging their own discriminations.

I got a puppy. She is called Smasher. She is very tiring, hahaha. I love her to bits. She is now 12 weeks old. My life is somewhat not my own right now, it involves endless poo, bites, nips, play time, feeding and walking. It’s difficult as I can’t always be present, I detach a lot, and having her around amplifies my awareness of this which is difficult to come to terms with. We are steadily working each other out and coming up with some sort of agreement. She gets super excited by meeting new people. I’m dead excited to show her all the things and meet other dog friends. I can’t wait to get back to my studio and be able to take her there.

Huge thanks to Darren (and Smasher).

Stay tuned for weekly #MemoriesOfLiving posts across our social media.