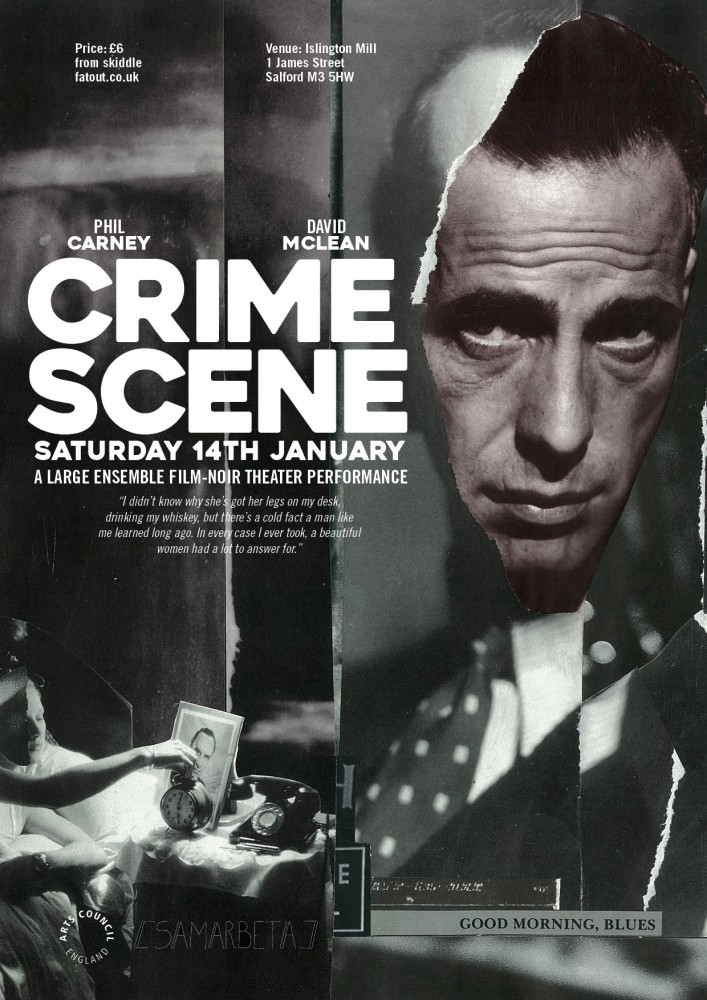 Samarbeta announce a new residency between musician/composer David McLean and pulp fiction writer Phil Carney. The pair will be collaborating over the course of 10 day at Islington Mill to produce a new suite compositions performed by a large ensemble of local Manchester musicians and actors.

The debut performance and exhibition opening will take place at Islington Mill on the 14th January 2017.

David McLean is a musician based in Manchester, UK. A key figure in the UK improvised music and DIY scene, he has toured and performed throughout Europe and collaborated with artists as diverse as Konstrukt, Gnod, and Charles Hayward. As well as his prolific activities as a musician, McLean also runs the experimental record label Tombed Visions, which has released over 30 albums by artists such as Ex-Easter Island Head, Graham Dunning and Weasel Walter.

Phil Carney is a collage artist and pulp fiction writer based in Bletchley, UK. He is the also owner and founder of Bullet Proof Press, a publication promoting artists and writers exploring the legacy and tradition of Film Noir cinema, Pulp Fiction and Hard-Boiled Crime writing. He has had his work exhibited in Italy, Canada, France and the UK.