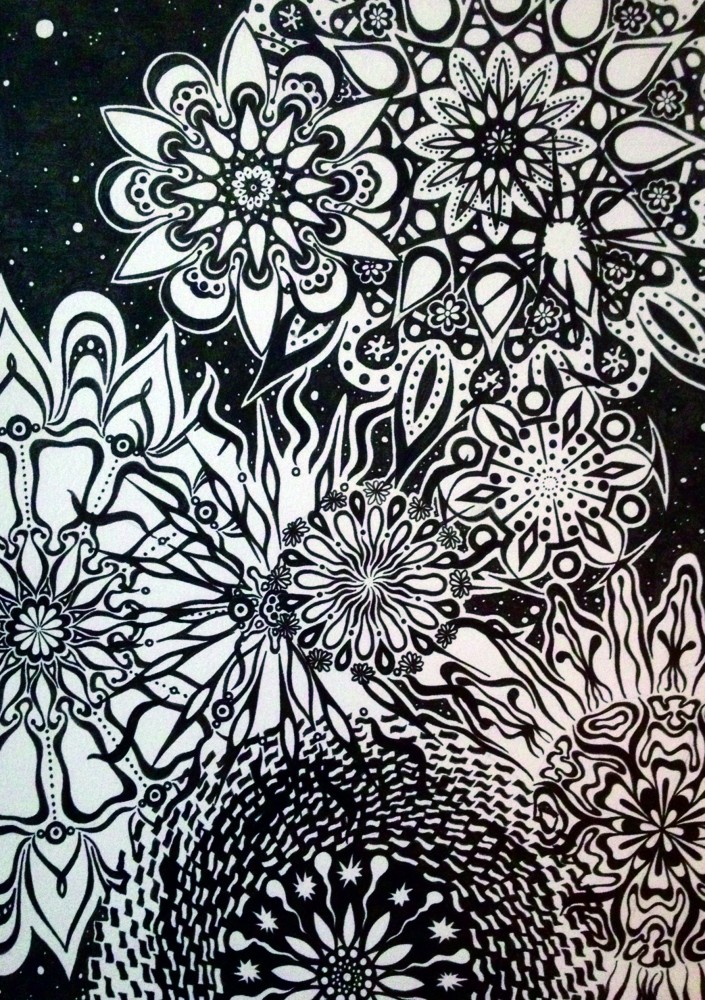 Chris has had a studio/rehearsal room with his band Gnod at Islington Mill for around seven years. Having never exhibited his work in public before so this will be his first ever exhibiton however his work has been used previously on album covers for Gnod (Dropout with White Hills II, Bong split & A Middle Sex split) and Bong (Gilgamesh Lives, Pyramidion split & Quittinirpaaq split).

Since his early teens he has been interested in optical and psychedelic art. Early influences were M.C. Escher & Bridget Riley. Over the years he has developed a style to of drawing, choosing to work primarily in black & white and using a repetition of shapes & forms to create the images.

There isn’t a plan to his practice, he draws only when he get the urge to do so. Most of my work is created in a freeform way, so he doesn’t know what the final image will look like when he begins the drawing.

← Islington Mill Art Academy back in the news!
Exhibtion of work by Michael Holland opens 4 Feb →