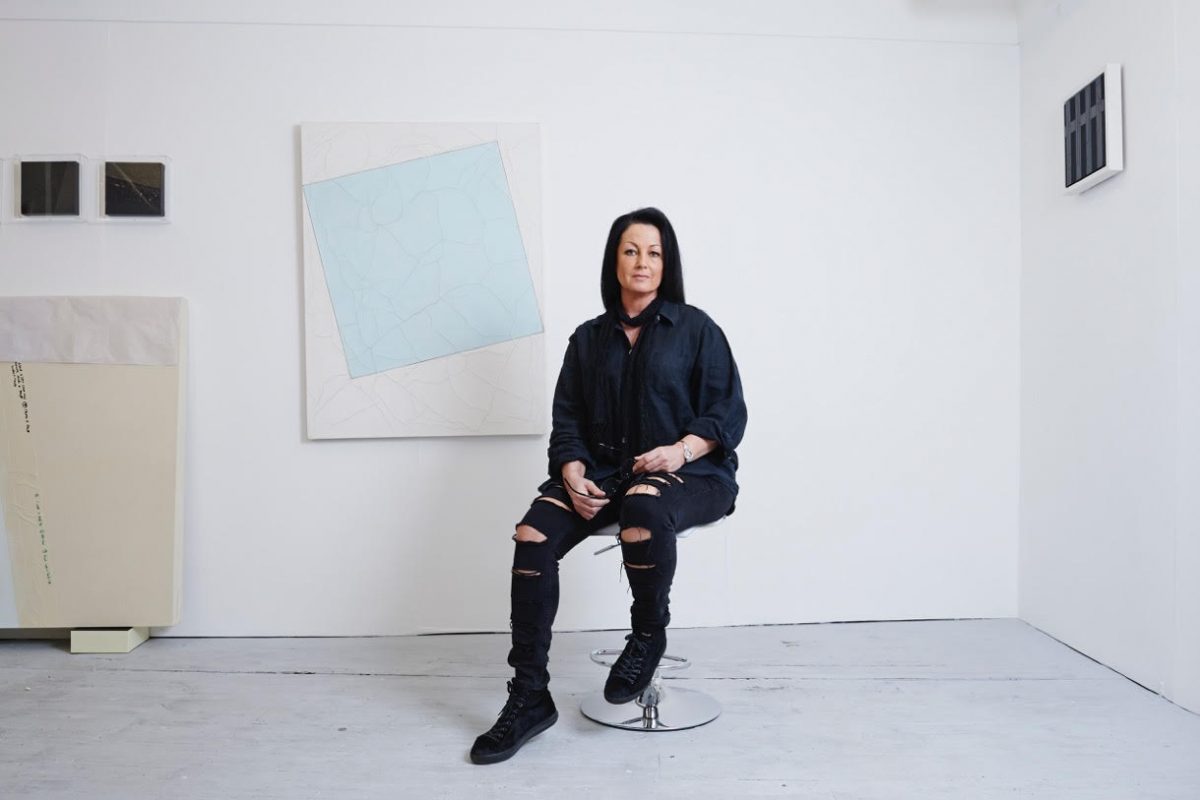 Susan Gunn received international recognition when she won the Sovereign European Art Prize in 2005 and was formerly mentored by Callum Innes. She was a founder member, and sits on the advisory council, of the artist led Contemporary British Painting Group. Gunn has exhibited widely and held a number of solo and group exhibitions at venues including Norwich Castle Museum and Art Gallery, Ipswich Museum & Art Gallery, Pulse Miami, The Fine Art Society, Bo.lee gallery, and the Royal Academy. Her work is held in a number of public and private collections around the world. She is represented by the London based bo.lee gallery.
______________
Gunn is passionate about the use of natural materials and traditional paint recipes used since the Renaissance and beyond. Typically considered flaws, the fissures and cracks exposed in her gesso paintings symbolise an interest in the Eastern philosophy of embracing imperfection. Each work is unique due to the accidental vicissitude of the process.The Kintsugi idea of mending belongs to the Zen ideals of wabi sabi, which cherishes what is simple, unpretentious and aged; where the history of an object is considered an expression and reconciliation with the flaws and accidents of time. The absence of imagery allows a pure meditation of the surface and material as a poesis, in the fundamental sense, a movement of coming into thought of the process of making.
“In Gunn’s paintings there is a subtle tension between the golden section formalism of their geometry and the unruliness of the free-form cracking. They each balance control and abandon, deliberation and chance. This is not the frivolous feminine but the ferocious one, celebrating healing from trauma and taking up space, unapologetically…majestically. Her visceral, loaded work has the monochromatic discipline of Robert Ryman and the meticulous abstraction of Callum Innes” 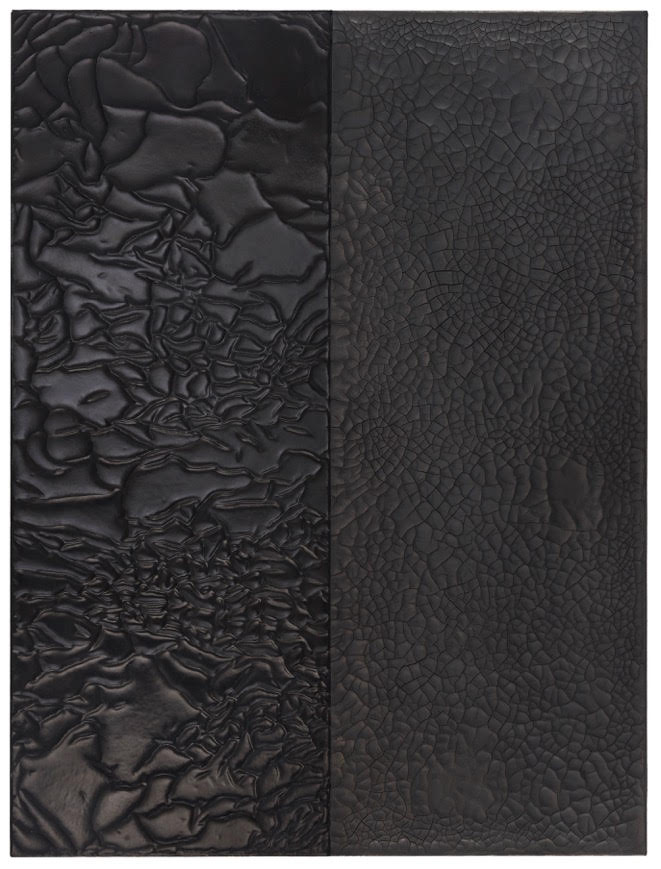 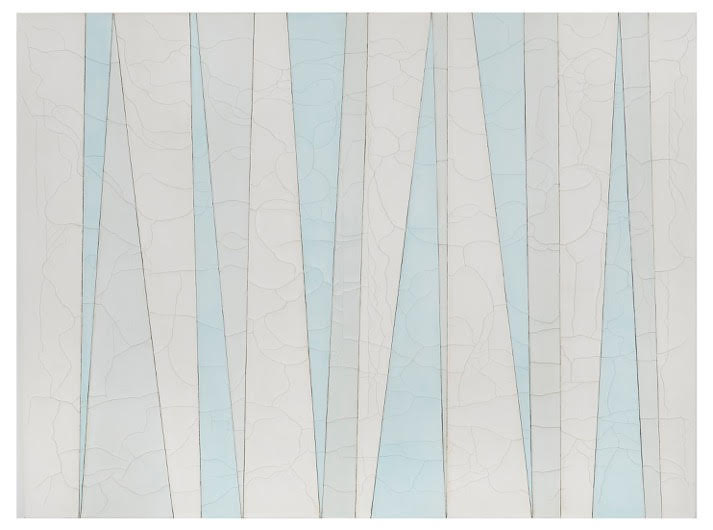 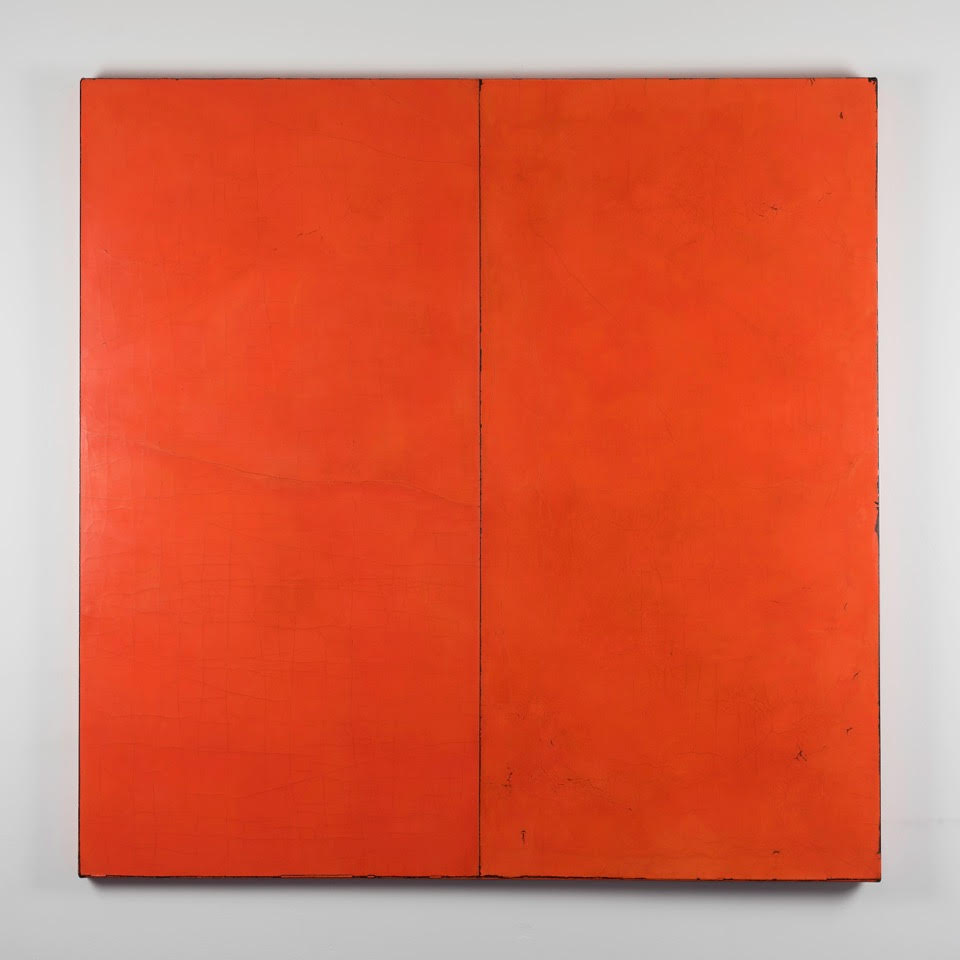 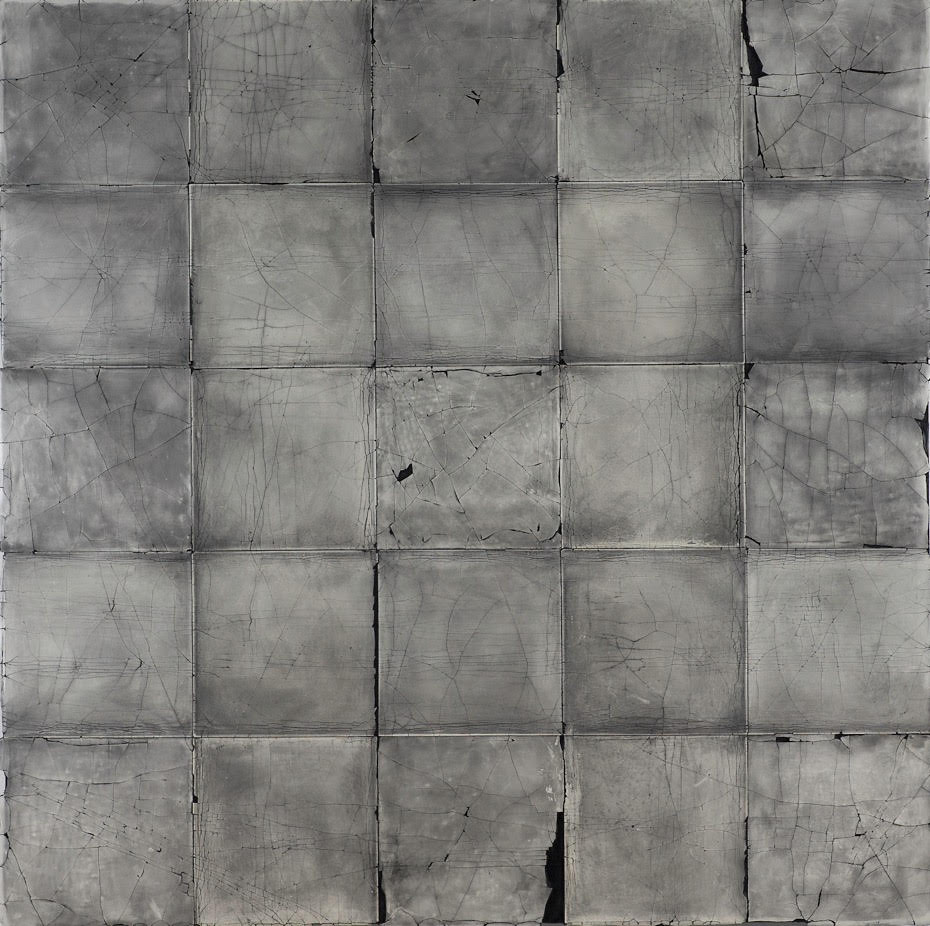