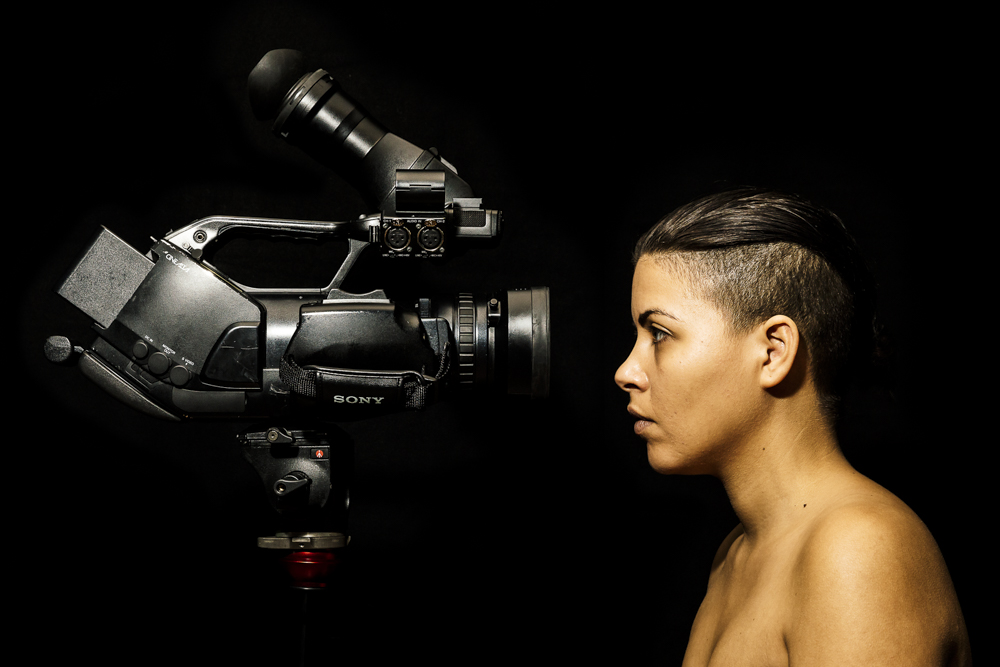 Prof. Ria Jade Hartley BA MA PGCHE
current candidate for MA Visual Anthropology, Manchester University
Young Gifted Black, Queer, & Neurodiverse
They/Them
http://www.riahartley.com/
I am an interdisciplinary artist, researcher, activist and educator based in Salford/Manchester (UK). My work is located within the fields of Live Art and Contemporary performance practices taking forms described as devised theatre; time-based visual performance; site-specific; 1:1 & intimate works; socially engaged; durational; interventions; ritual; new writing; performance art; internet and screen based; still and moving image; 360 VR and installation. I also work collaboratively as a performer, researcher, mentor, workshop leader, presenter, and consultant.
My practice pays close attention to memory, identity, human relationships, the rewriting of narratives and often invites participation and exchange between myself and audiences, seeking to blur the relationship between performer and audience, space and situation in order to open new spaces of thought and exchange.
Informed by my lived experiences, I make process-based biographically driven work that explores the intersections of race, class gender and sexual orientation. My body’s archive is opened, shared and witnessed through ritual, self-initiated rites of passage, and biomythologies. I take risks in working towards the potential of transformation (of both self & other) through creating contexts and experiences, and by holding spaces which invite, summon, activate and shift.
My practice overall is a contextual life enquiry, which responds to generations of systemic violence & oppression and is concerned with the decolonisation, healing, reclamation and transformation of my psyche & soma. Extensive auto-ethnographic research, tacit knowledge’s & esoteric practices heavily inform my work. Healing and integration is both my praxis & political action.
As opposed to more conventional modes of aesthetics, I labour on acts of resistance, self-determination, vulnerability, authenticity, empowerment and being uncompromising and unapologetic in my truth. I exist in a constant state of liminality, personal evolution and growth. I am interested in how my embodiment of liminality and intersecting identities can be activated as a political site of radical agency, action, healing, empowerment and possibility.
My work is focused in four main areas: work for and of the self; work to share with audiences; collaboration and co-creation; and new models and practices of production for empowering creative communities. I also work as a consultant & mentor, facilitate and lead workshops, present talks, and develop pedagogy. I am currently working on my writing practice and developing new methods for writing as a neurodiverse person. Working closely with mentor Rajni Shah, I will be developing series of writings accompanied by still and moving image works over the next year. My writing year has been generously supported by the Futures Venture Foundation; Radical Independent Artist Fund.
In 2018 I will be formalising methodologies for ‘Ecologies of Care’ which I began exploring in 2014. This series of workshops and talks focuses on access requirements, care strategies and centring health & wellbeing for artists. These are informing my newly established annual Self-Care Retreat for artists of colour. In 2019 I will premiere ‘Look No Further’, which presents the sixth anniversary of my Self Marriage (2013), where I marked my most intimate transformation by making a lifelong commitment to self. This work is commissioned by In-Between Time, ACCA, and Fierce Festival. The following year continues the development of ‘The Genetic Body’ series (2012 – 2021), exploring memory, trauma and epigenetic inheritance through a biomedical lens and culminates in a major exhibition at Birmingham Open Media in 2021.
Highlights this year include performing as part of a new Afrofuturist collective at Brownton Abbey , Brighton Festival (2018) a six week research & development residency at ]performance s p a c e[ as part of their PAUSE & AFFECT programme (2018) which enables artists to tune in, recalibrate and experiment and camping on the stunning Dartington estate with 150 visual artists, curators & programmers at LOW PROFILE’s Jamboree (2018). This autumn I will be running two workshops supported by the Live Art Development Agency’s  DIY 15 programme, The Body is the Place. Memories are the Map & Queer Actions 360.
Hartley was an associate lecturer in BA Theatre at Falmouth University (2010 – 2013) and was a visiting artist lecturer for BA Theatre: Performance at Plymouth University (2012). She has delivered various training in devised theatre, media and performance and site-specific performance. Current & recent projects include The Genetic Body Series (2012 – 2021) Look No Further (2019) commissioned by In-Between Time, Fierce Festival & The Attenborough Centre for the Creative Arts, Untouchable (2016) commissioned by Contact Flying Solo Festival, Descansos (2016) My Brothers Father (2015) commissioned by hAb Arts,  RECALL(2014)presented at SPILL National Platform 2014 & Showcase 2015 & City of Women Festival 2016,  SPIT KIT (2015) presented at Fierce Festival, Steakhouse Live, InIVA) Matilda and Me (UK Tour 2014) The Representational Body (2014)
Ria Hartley is a fellow of Birmingham Open Media (BOM) and a fellow of the Higher Education Academy (HEA), a Board Member of SICK! Festival and is currently studying as an Apprentice Breathwork Practitioner (ABP) at Firstbreath Ltd.
Ria Jade Hartley
www.riahartley.com
Mobile/WhatsApp: +44 (0) 7849 575685
Skype: ria.jade.hartley
Email: riahartley@ymail.com 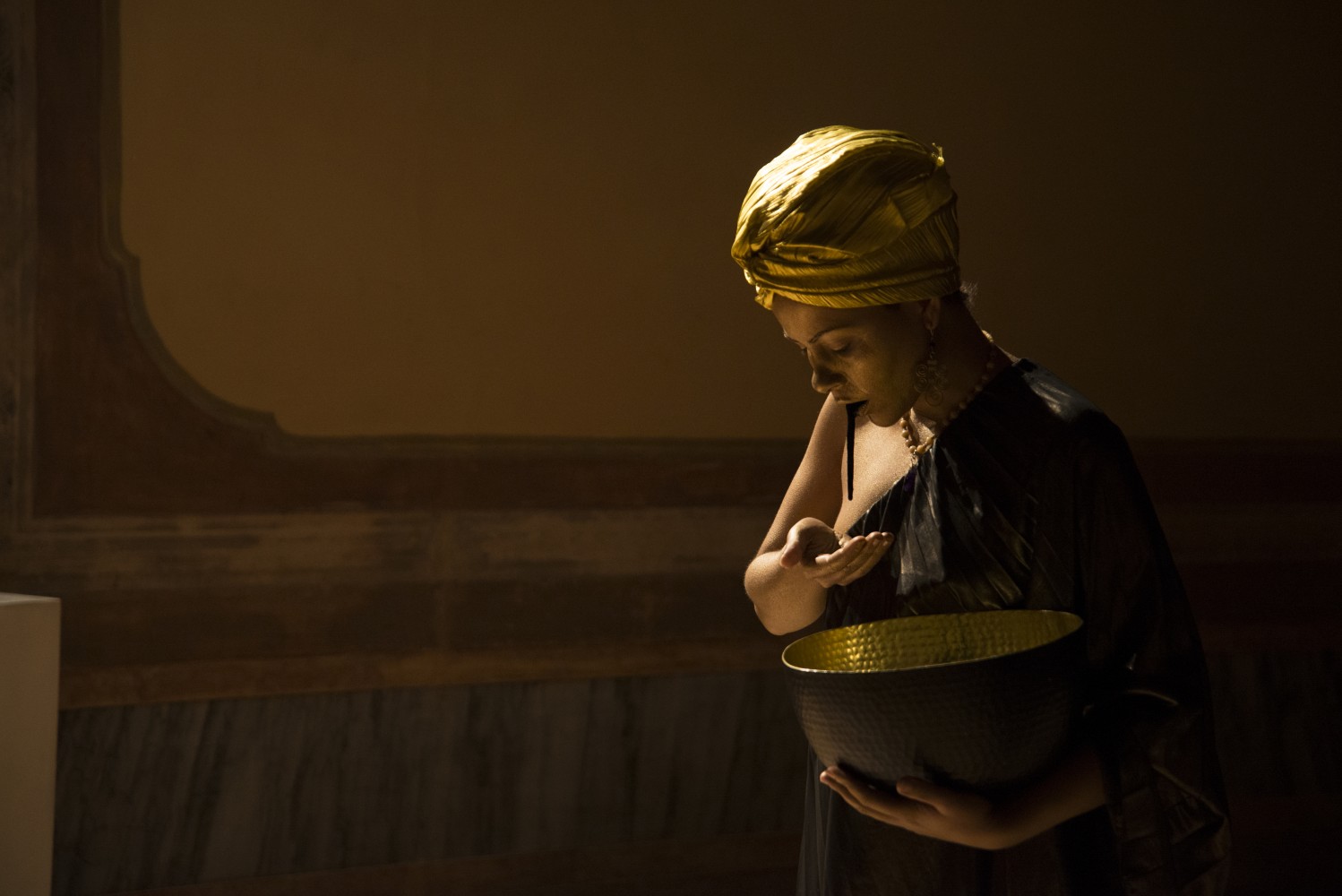 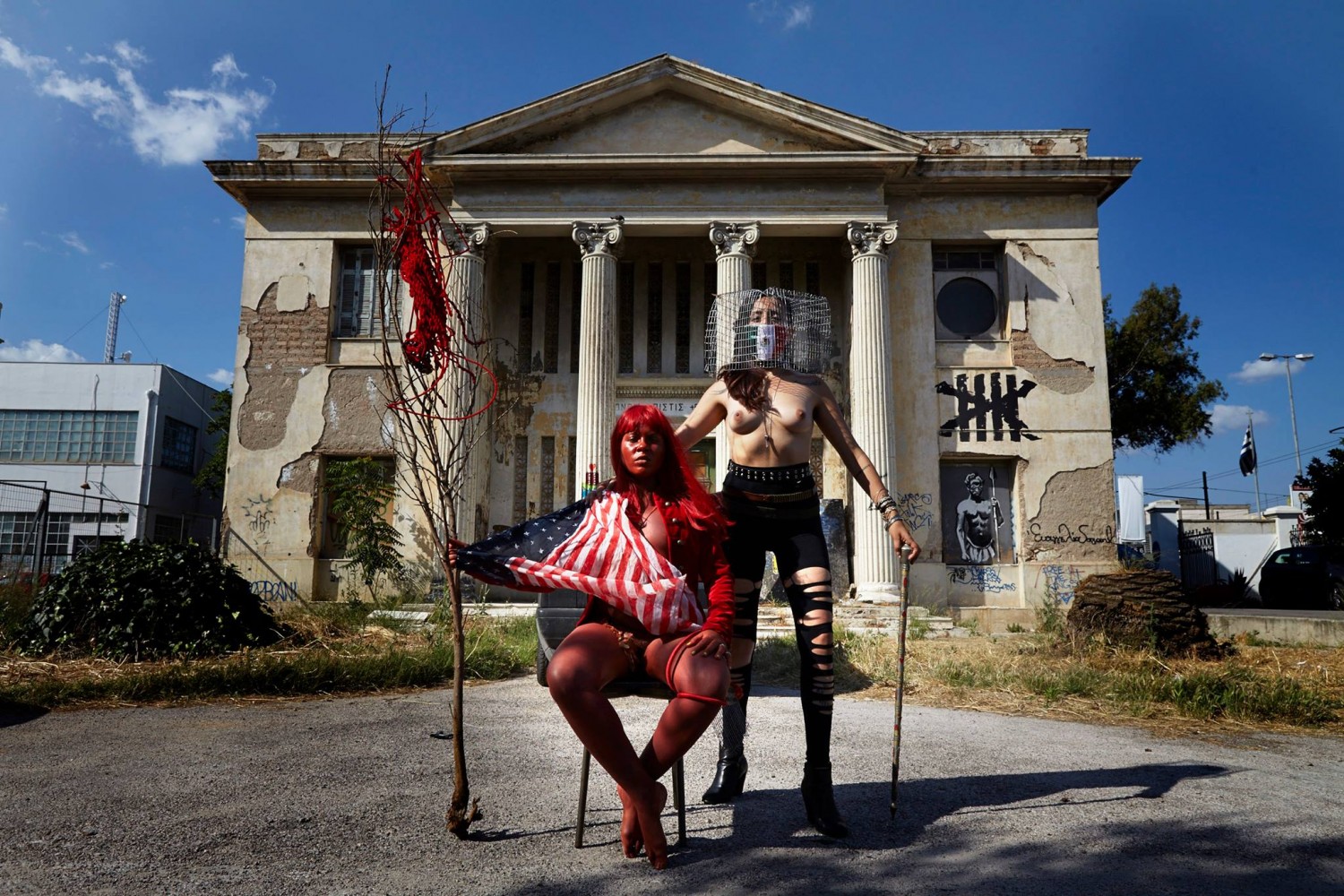 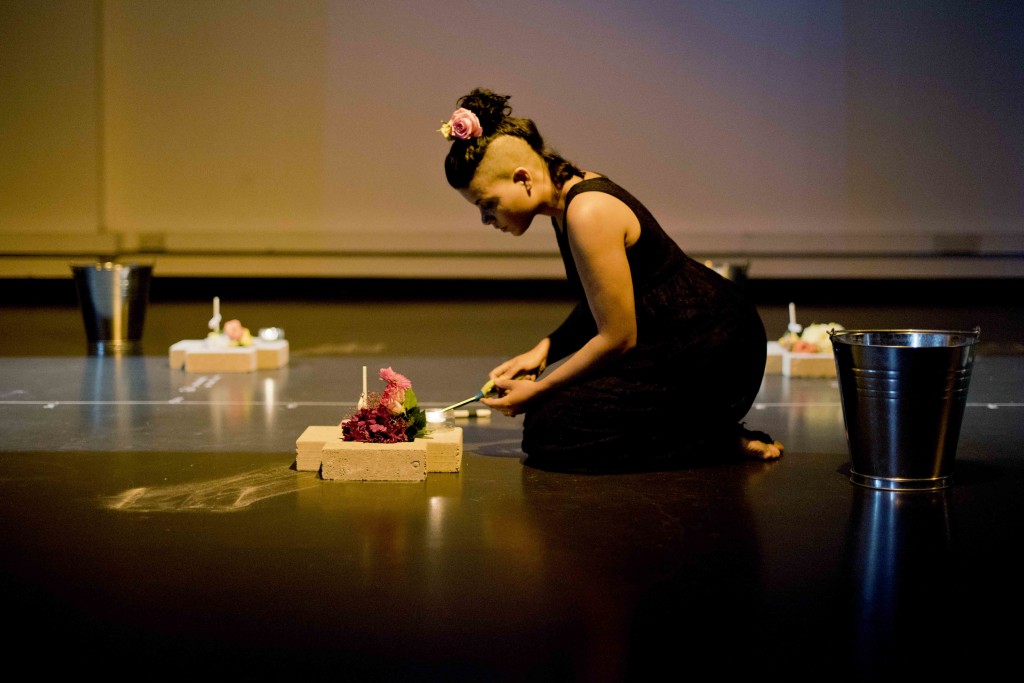 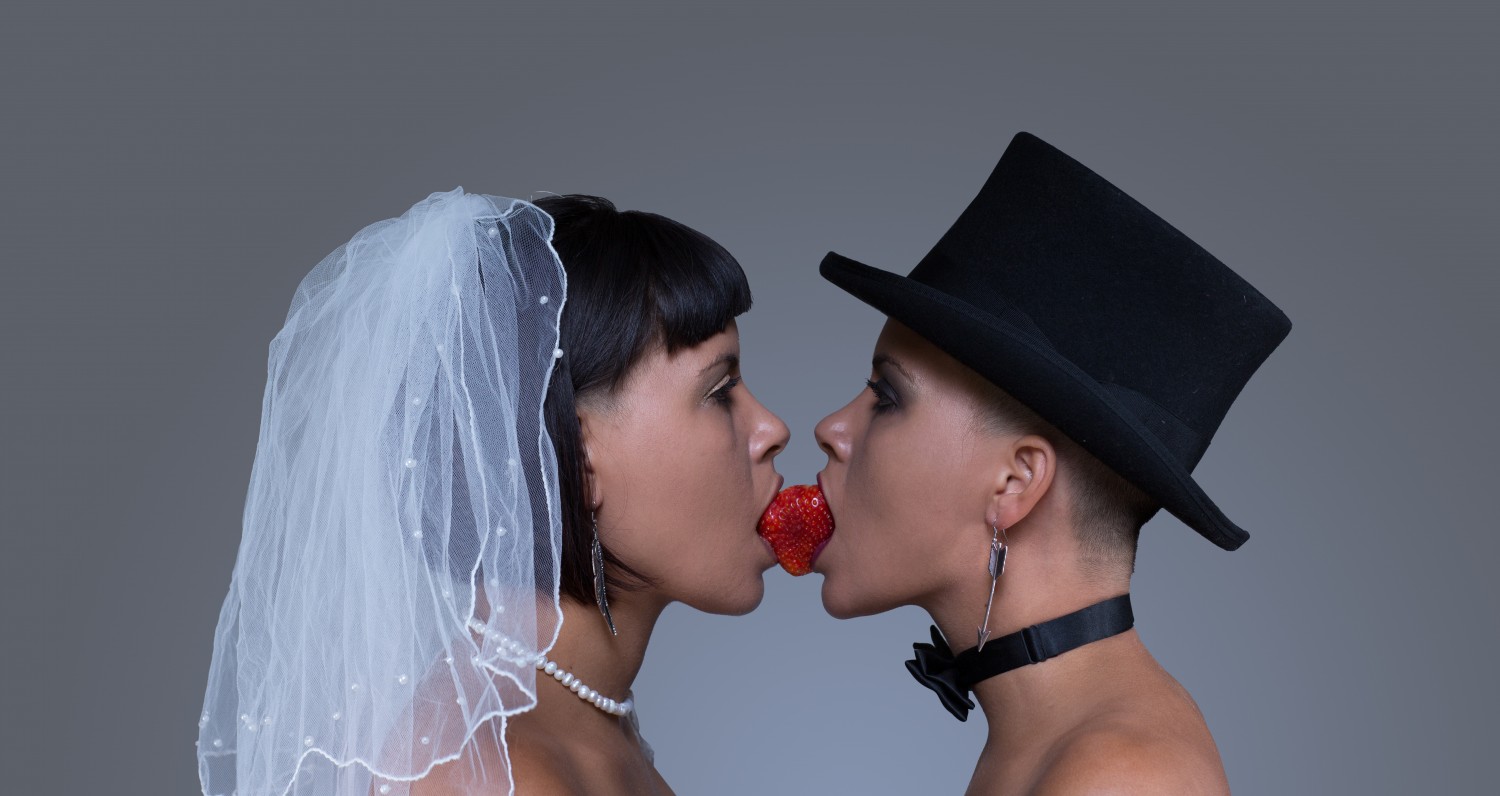 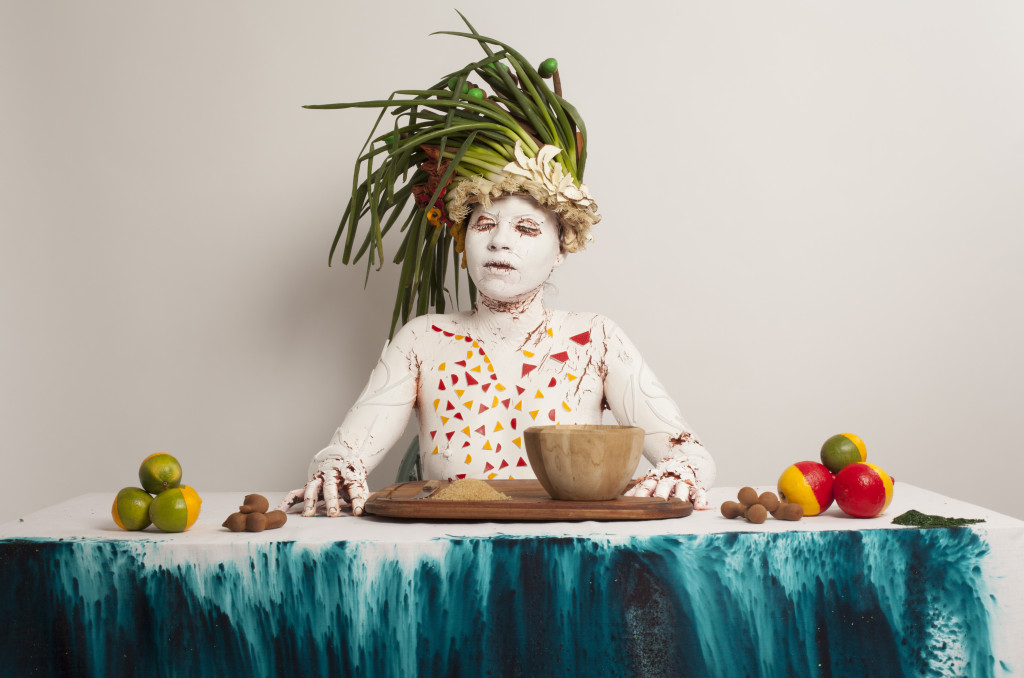