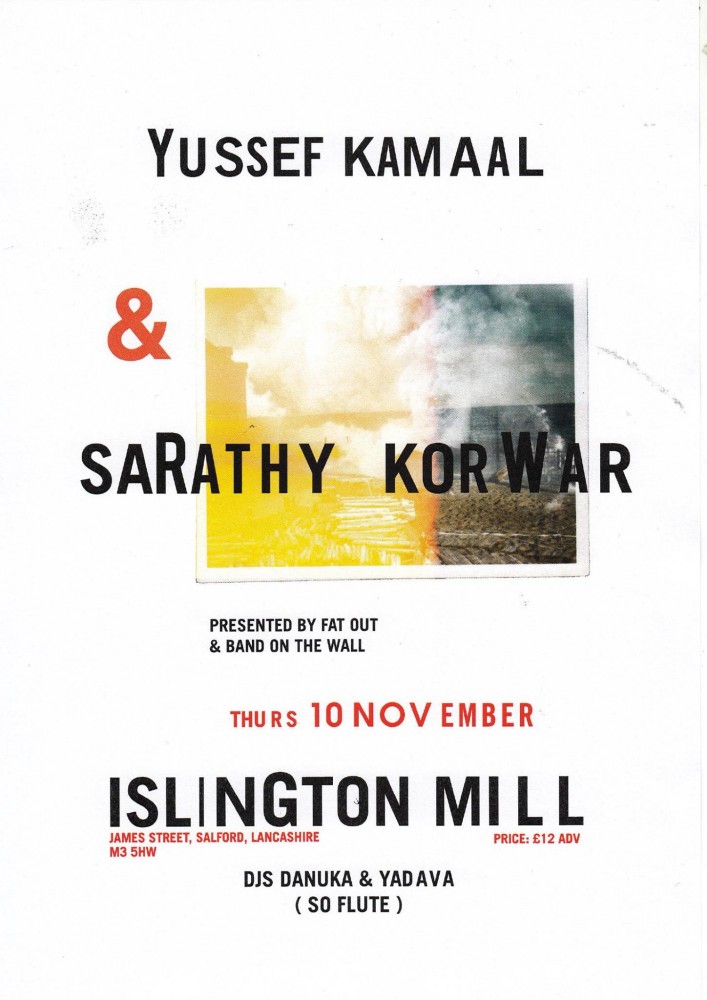 Yussef Kamaal are shaped by the sound of London. Growing up in the capital, they frame jazz within the bass-saturated, pirate radio broadcasts of the UK capital. The pair, made up of Yussef Dayes and Kamaal Williams (aka Henry Wu), have had little in the way of formal training. Instead, their musical tastes – and approach to playing – are indebted to Thelonious Monk’s piano as much as the drum programming of Kaidi Tatham.

Both hail from South East London, crossing paths in 2007 as teenagers playing their first pub gigs around Peckham and Camberwell. Dayes drums for cosmically-inclined, afrobeat outfit United Vibrations, while Williams – on top of drumming and playing keys in different incarnations over the years – has made waves with his solo, synth-draped house 12″s for much-fêted labels like 22a and Rhythm Section.

Born out of a one-off live session to perform Williams’ solo material for Boiler Room, it soon became a project in its own right. From rehearsing for that first show, it was clear to both that there was the possibility to do much more with the unspoken, telepathic grooves that unfolded. “It’s all about the drums and the keys,” Williams says. “That’s where it all originates from: the chords, the rhythm of the chords and the drums.” Coming together as Yussef Kamaal, they played a series of live shows where little more than a chord progression would be planned before taking to the stage.

For the pair, the sound of the capital – with its hum of jungle, grime and broken beat – has shaped a self-taught, UK-tipped approach to playing jazz. Moving in the same circles but never playing together previously, rhythm underpins an innate musical understanding. Drawing influence from all corners of London’s shapeshifting musical make-up, their hotly anticipated debut album is due on Brownswood Recordings November 4th. Titled Black Focus, its sound is distilled – or focused – down to the core interlock between drums and keys.

The extraordinary debut album from percussionist and producer Sarathy Korwar – “Day To Day” –
fuses traditional folk music of the SidDi community in India with jazz and electronix . It’s a collaborative release by Ninja Tune with The Steve Reid Foundation.

Conceived on an extended trip to rural Gujarat in India, Sarathy made field recordings of The Sidi Troupe of Ratanpur whose vocals and percussion form the backbone of “Day To Day”.

-The Steve Reid Foundation is a charitable trust established by Brownswood / Gilles Peterson with the dual objective of helping musicians in crisis and also supporting emerging talent.