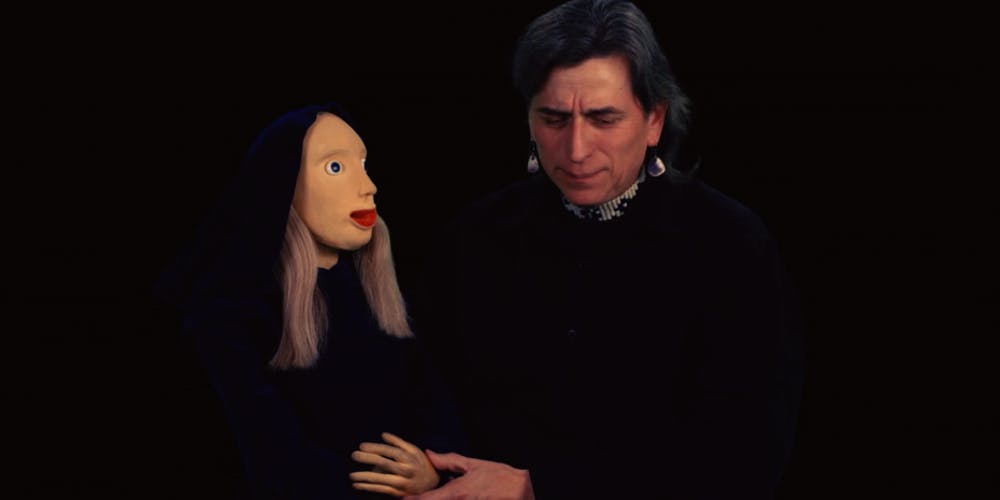 You Are Good: video works

A screening program of video works that explore tentative forms of intimacy, survival and vernacular speech.

Alternately building and dismantling vocabularies of trust, works in this program sometimes appear to gaze directly at you, the viewer, and at other times look elsewhere, or entirely away. Working with scripted and improvised speech, human and non-human bodies, videos in You Are Good explore an expanded idea of wilderness, defined by language, desire and corporeality.

Bill Santen, based in New York — Dark Green — a video portrait of Lexington, Kentucky environmentalist, Kris Kelly. The documentary follows Kelly as she contemplates moving from fake wilderness into what she considers the real thing—urban wilderness.

Claire Potter, based in Merseyside — Cast Metal Nut — in which Potter explores several body positions in a woodland: crouching by the stream, lying on a tree, sheltering by a rock, looking at the ready-made image of ‘the lad’.

Asta Gröting, based in Berlin – The Inner Voice, 16 Years, 1999-2015 — in which Native American ventriloquist Buddy Big Mountain performs a therapeutic conversation with his alter-ego puppet, first in first in 1999 and again in 2015.

Claire Hope, based in Leeds (invited by Poor Image Projects / The Tetley) — Group Photo — in which the moment of taking a group photo is extended and manipulated through time.

Maia Conran, based in London — Meat — featuring a film studio lighting rig that is repurposed as the protagonist of a scripted psycho-narrative only to be disrupted by its counter-character, Meat.

Sarah Duffy, based in London (invited by Kunstraum) — The Island — in which an island’s previous occupants wander its landscape long after the erasure of all their physical traces.

Many thanks to Thomas Cuckle and Kunstraum for organisational support.

This event takes place in the first floor common room at Islington Mill.