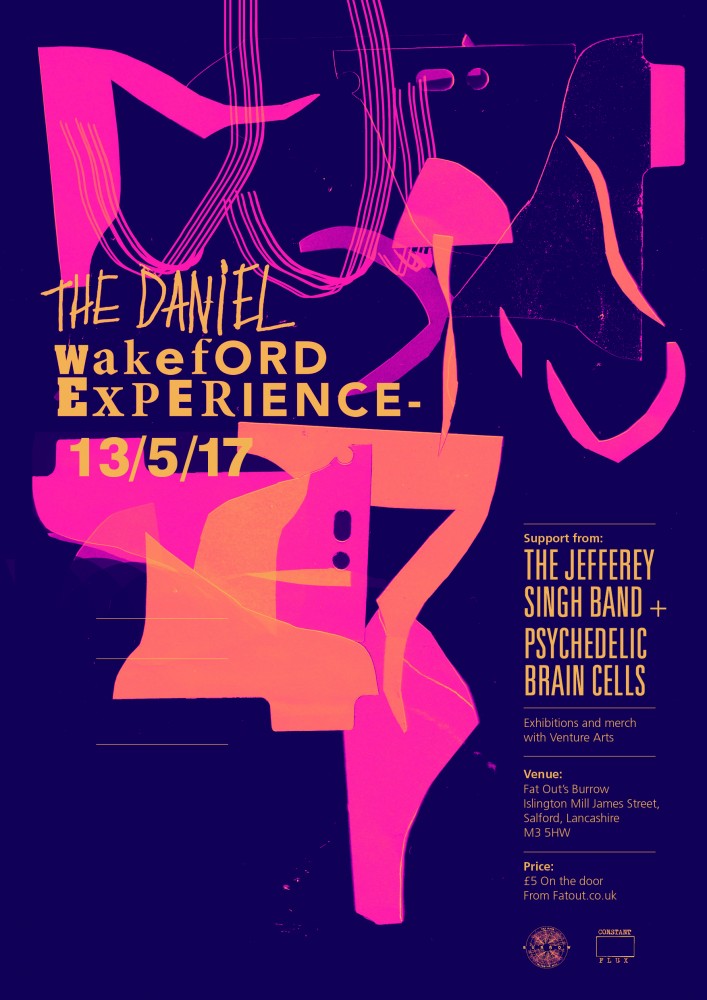 Daniel Wakeford has been writing music since 2009. In 2014 he represented the UK at the European Song Festival, held in Stockholm.

In 2016, working with composer and producer Tom Cook, he recorded “The Songs Of Gigs”, released through Carousel and toured the UK in summer 2016, to promote the release.

Daniel, who describes himself as a singer songwriter with autism, has gained a cult following in mainstream culture due to his show-stealing appearances on Channel 4’s “The Undateables”.

Support from the ‘The Jefferey Singh Band’ and thrilled to announce PSYCHEDELIC BRAIN CELLS to the bill. PLUS exhibition in the gallery from the amazing people at Venture Arts

Venture arts exhibition will include works by

Leslie Thompson: One of the PBS, he is a fantastic illustrator

Grace Igoe : Ceramic artist who creates work about her autism.  She is actually one of our volunteers so helps out in the workshops and is at uni studying ceramics.