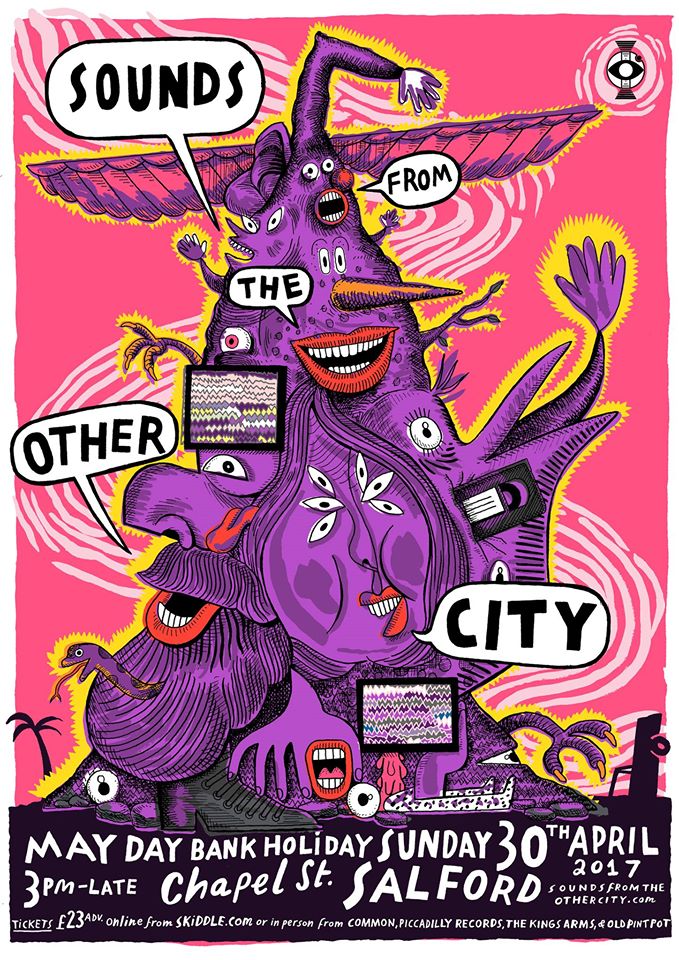 SOUNDS FROM THE OTHER CITY 2017

Sounds From The Other City festival (SFTOC) is a celebration of new music and performance, uniting the cream of the national and international scene with some of the city’s finest independent promoters, collectives and club nights. Happening regularly on the May Day Bank Holiday each year along the Chapel St corridor of the historic city of Salford, 2017 will be the festival’s 13th installment – and the first time since 2006 it has been held in April. With the past 4 editions sold out well in advance of the big day, it is highly recommended that you get your tickets booked early.

“A celebration of independence, 5 stars” The Independent

“As anyone who has ever attended it will know, Sounds from the Other City is a much-treasured event, an antidote to the bloated corporate music festivals that loom on the horizon at this time of year” The Skinny

“Using lots of little quirky of the beaten track venues, Sounds from the Other City is one of the most exciting events in the region” Clash Magazine

“This annual event is important for local bands, as well as drawing attention to the rejuvenation of an area that is riddled with urban decay. Long may it continue.” Silent Radio

“It’s the spirit of this festival that keeps us all coming back, the sense of celebration that in no way feels forced or phony, the prospect that you might bump into someone you know at any time, swapping stories and making plans to meet that may or may not come off. In so many ways, who you watch is beside the point.” Chimp Magazine