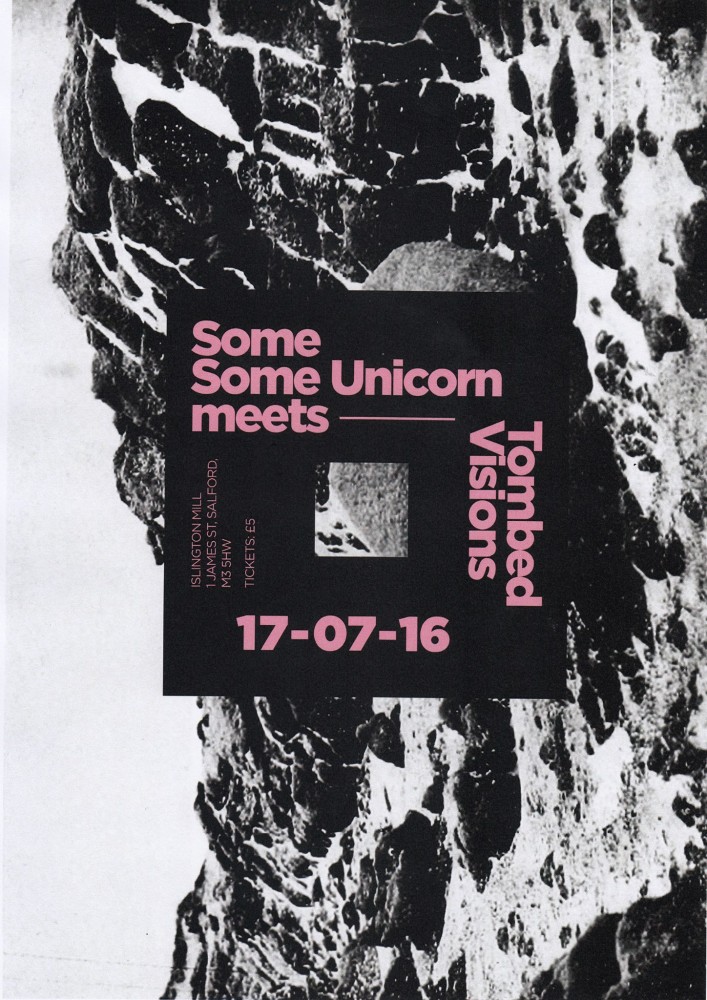 Each assembling 5 musicians of their own choosing, Some Some Unicorn and representatives from the Tombed Visions label will meet for the first time for two sets of large ensemble improvisation!

Some Some Unicorn:
Some Some Unicorn is a large collective of like minded musical magpies under the laid back eye of composer and improviser Shaun Blezard. The band began during Shaun’s time as a New Voice composer with the British Music Collective and pulls in players from across genres that focus on improvisation and experimentation in their work.
The band has featured members of Hugs Bison, Breathing Space, Pere Ubu, Beats and Pieces Big Band, Roddart, Ripsaw Catfish, Wire Assembly, Inclusion Principle, World of Fox and many more and is never the same twice.

The sound of Some Some Unicorn is improvised around loose ideas from Shaun to create a big band free drone soundscape similar to the paths trodden by Godspeed! You Black Emperor and The Kilimanjaro Darkjazz Ensemble with an eye on the world of later period Talk Talk. The music flows around and between players, the audience and the room to become a journey in that particular time and space – though there are markers in free jazz, ambient electronics, free improv and the electric jazz experiments of the early 70’s all players bring their own influences to add to the melting pot.

Though players and poets come from a variety of backgrounds the heart of Some Some Unicorn is everyone’s belief in community.