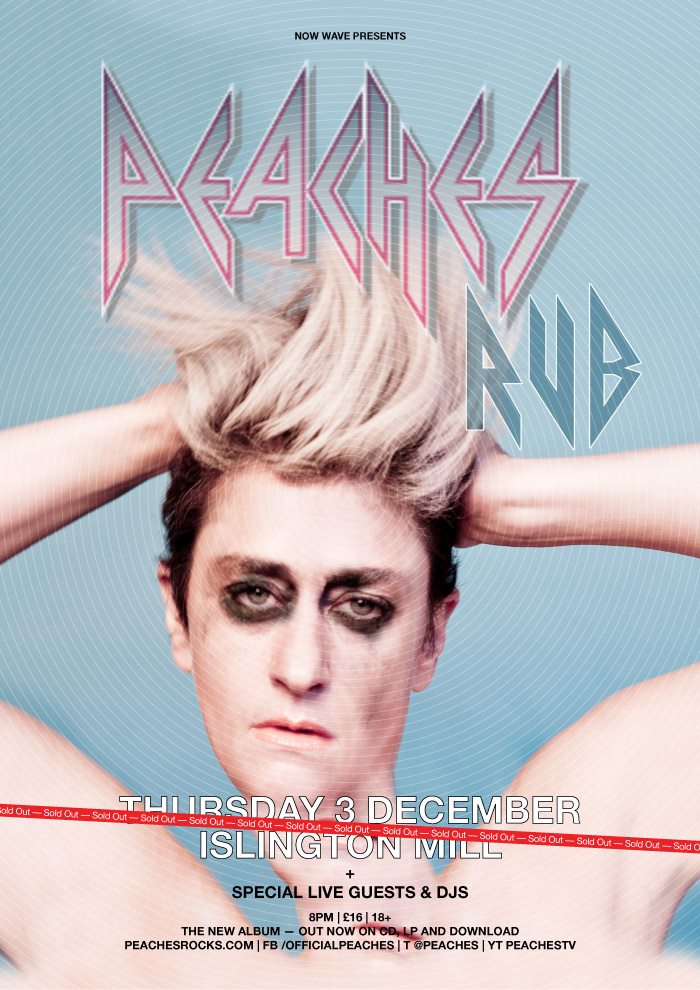 “Now Wave always tries to unite the right performer with the right venue and we’ve rarely been more confident than putting Peaches on at islington mill. It’s a match made in heaven.”

Merrill Beth Nisker (born 11 November 1968), better known by her stage name Peaches, is a Canadian electronic musician and performance artist. Her songs are noted for disregarding traditional gender norms, and for their use of sexually explicit lyrics.

Peaches began her musical career in the 1990s as part of a folk trio, Mermaid Cafe. In 1995, she established a rock band, The Shit. That year she also released her first solo album, Fancypants Hoodlum. Moving to Berlin, Germany, it was here that she was signed to the Kitty-Yo label and released her second album, The Teaches of Peaches (2000). Touring as the opening act for bands like Marilyn Manson and Queens of the Stone Age, she subsequently released her third album, Fatherfucker (2003).