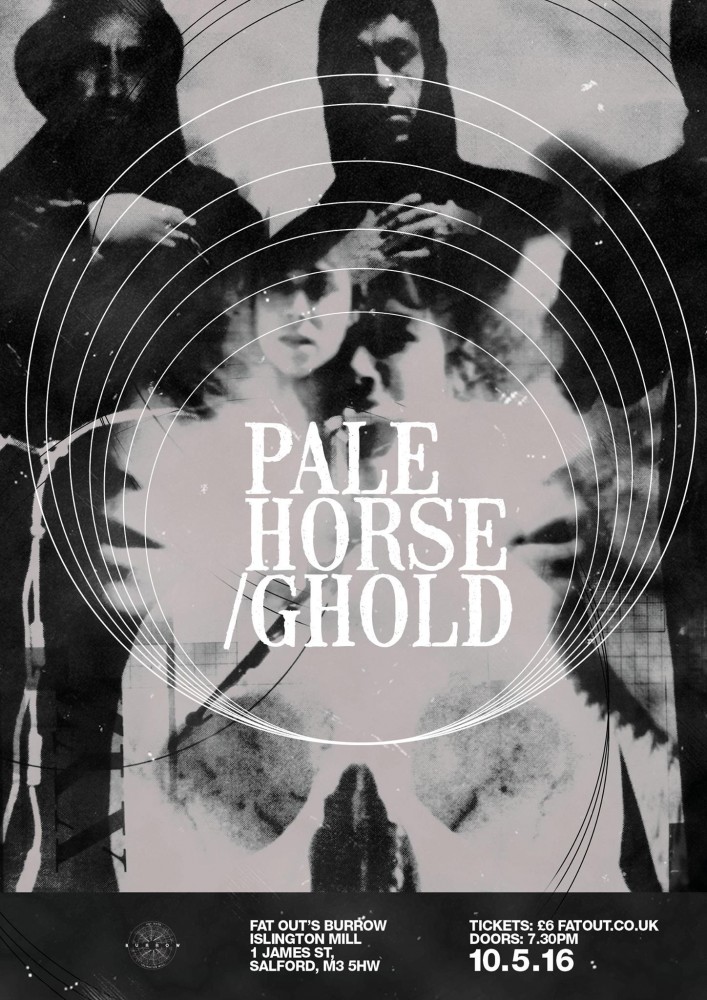 Riff lovers rejoice! London sludge duo Ghold have not only announced that they’ll be expanding to a trio with the addition of multi-instrumentalist/guitarist Oliver Martin, but they’re also releasing a new album entitled ‘PYR’ this May and will be touring the UK with Palehorse around the same time.
The album is due be released via Ritual Productions on May 7th, and finds the band pushing their sound into new and previously unexplored territories, with Oliver expanding their textural palette rather nicely indeed. Closing this raw, honest and unrelenting four-track is ‘Despert Thrang’ – a long-form progressive piece of music that fills the entirety of Side B on the LP, featuring guest vocalist Rose Dagul. The record was also heavily influenced by the band’s previous dwellings, Pyrford House, in Brixton, which was facing the threat of demolition at the time of recording, and lends the album an uneasy, disorientating vibe.