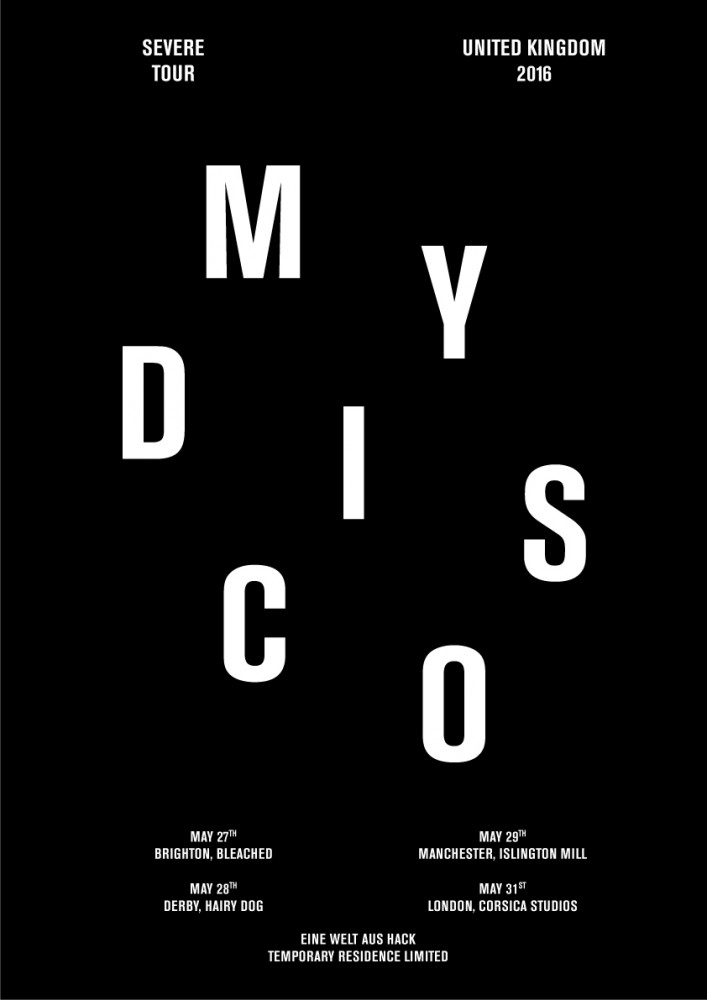 Fat Out team up with one of their favourite promoters Grey Lantern for a Bank holiday Sunday treat with MY DISCO.

MY DISCO is a Melbourne based music group formed in 2003 by Liam Andrews, Ben Andrews and Rohan Rebeiro.

MY DISCO have always employed space as an instrument. Space between notes; space between instruments; even space between albums, as the Australian trio prepare to release Severe, their first full-length record in nearly five years. More than just a title, Severe pushes MY DISCO’s subtle, intensely focused, minimalist sound to its most terrifying extreme. It is bleak, occasionally uncomfortable, and unpredictably profound.

Recorded, mixed, and produced in Melbourne by acclaimed film composer and producer, Cornel Wilczek. Engineered entirely in a digital domain, the recording process for Severe was a big change for MY DISCO, who had previously worked with renowned analog audio engineer, Steve Albini. The change in process allowed the band the freedom to explore enhanced audio effects, including blown out distorted bass notes, sharp digitally programmed sine wave drones and heavily effected rhythms and vocals.

Severe is an album of aggravated tonal darkness and long breaths of disturbing silence, punctuated by pounding stabs and heavy, hypnotic rhythms. It is a minimalist approach to maximum sound, and by far the band’s darkest, heaviest, and most consistent album of MY DISCO’s burgeoning career.