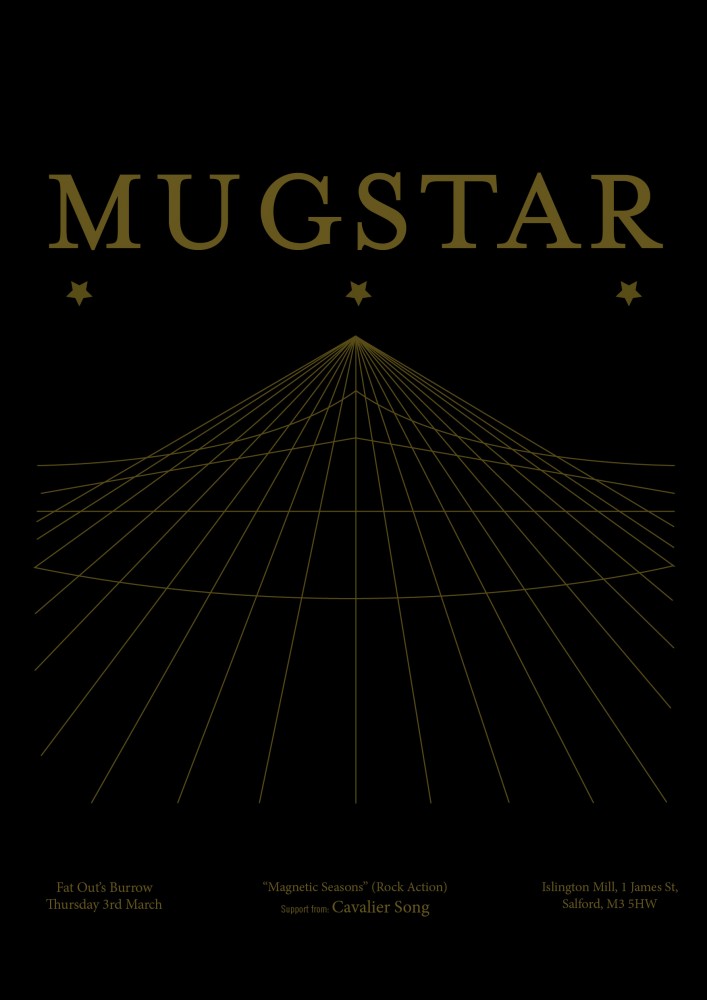 Mugstar is Pete Smyth (guitar / keyboards / vocals), Neil Murphy (guitar), Jason Stoll (bass) and Steve Ashton (drums). Hailing from Liverpool, Mugstar have been playing, performing and recording since 2003. Adored for their heavy psychedelic krautrock sound and intense live sets, Mugstar’s first single ‘Spotlight Over Memphis’ caught the ears of radio DJ John Peel. Mugstar have since issued a string of singles, EP’s and several full-length albums, as well as a split release with Mudhoney. The band also recorded the last-ever Peel Session. Mugstar’s tireless work ethic and astonishing performances have earned them a much deserved status as cult heroes.

2015 was a busy year for Mugstar. They released ‘Start From Zero’ – the hugely anticipated and long awaited album by Mugstar and Damo Suzuki (from Legendary krautrock band Can) – on Important Records. Recorded ‘Magnetic Seasons’ and played Austin Psych Fest and completed a tour the USA.

Mugstar recorded ‘Magnetic Seasons’ at Whitewood studios in their home town in 2015. The band spent more time working on this record, resulting in a double album, nine tracks split over four distinct sides. ‘Magnetic Seasons’ is a game changer for the band, a real gear shift, not just in terms of length but in its fluidity and its breadth of moods and emotions locked within the songs.

‘Magnetic Seasons’ is to be released on Rock Action Records in March 2016 with a full European tour to follow.