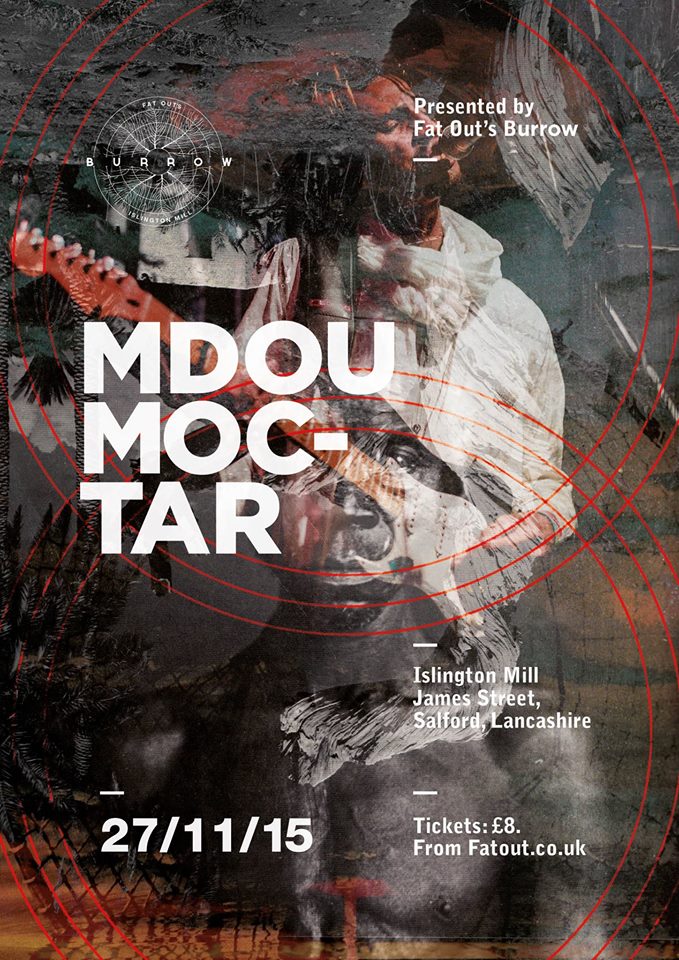 (also known as M.dou Mouktar) is a Tuareg songwriter and musician based in Agadez, Niger, and is one of the first musicians to perform modern electronic adaptations of Tuareg guitar music. He first became famous through a subtle trading network of cellphones and memory cards in West Africa.

His first album, Anar, was recorded in Sokoto, Nigeria in 2008 and prominently featured “spaced-out” autotuned vocals and the influence of Hausa music. The album was not officially released at the time but the songs became hugely popular across the Sahel when they went viral through cell-phone music trading networks. They reached a global audience when Sahel Sounds released his music on the Music from Saharan Cellphones: Volume 1 compilation. Two songs were covered with English homophone lyrics by Brainstorm, an American band from Portland, Oregon.Anar was released on vinyl in 2014 with a high price, due to “predatory business practices” from Sixt on Moctar’s first European tour.

His next album, Afelan, was recorded live in Tchintabaraden and features “rusty-edged jams and sun-weathered ballads”. The title track is named after a celebrated historical/folkloric hero of the Azawough of Western Niger. It contains a cover of “Chet Boghassa” by Tinariwen.

On his first realizations and interest of an audience outside of the Saharan region, Moctar said in late 2014: ““I first met (Christopher Kirkley of Sahel Sounds) on the mobile phone as he had called me … It was a weird conversation, as I thought my cousin was pulling a joke on me so I hung up. This American guy calling me, saying he wanted to work with me for my music, it just couldn’t be real. He called me again and we talked. He came to visit me in my village and also sent me a lefthanded guitar, which is very hard to find in Niger. This guitar has crossed several African countries to arrive in my hands, I have been playing it ever since!”