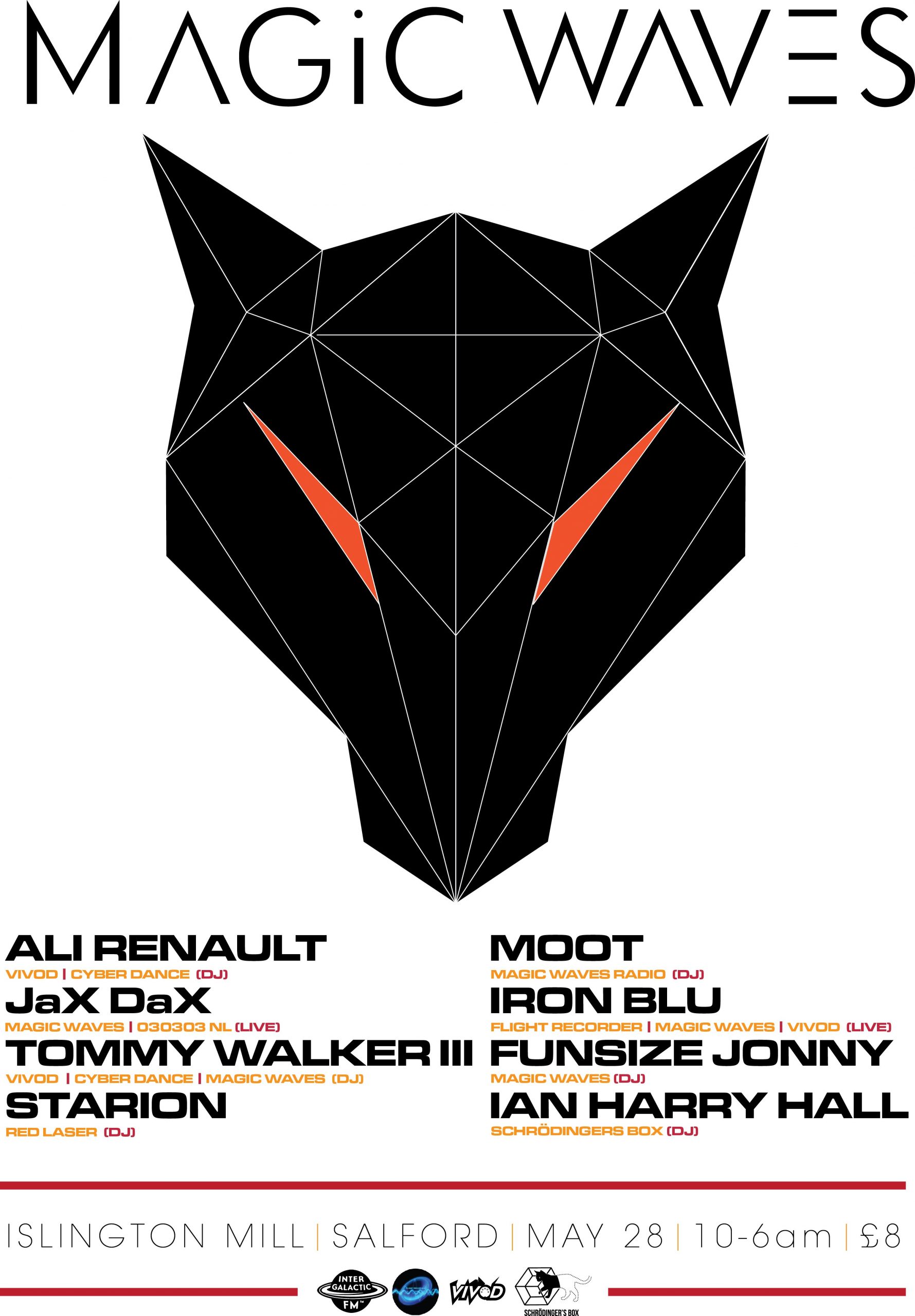 Magic Waves is a way of life, a record label and a live radio show broadcast on https://intergalacticfm.com/ every Sunday night 20:00 – midnight CET on a rota basis from Newcastle, London, Chester, Glasgow, Berlin.
We are pleased to present a major event over eight hours at Islington Mill, Salford with brothers from some of the locations.

◼Kid Machine (Viewlexx|Cyber Dance|Red Laser) LIVE
This man is very instrumental in the current Italo scene and he is an extremely respected producer and has releases on enough labels to fill an encyclopedia.

◼JaX DaX (Magic Waves|030303 NL) LIVE
This man never stops and he has releases on the labels mentioned above – and this is just the start!