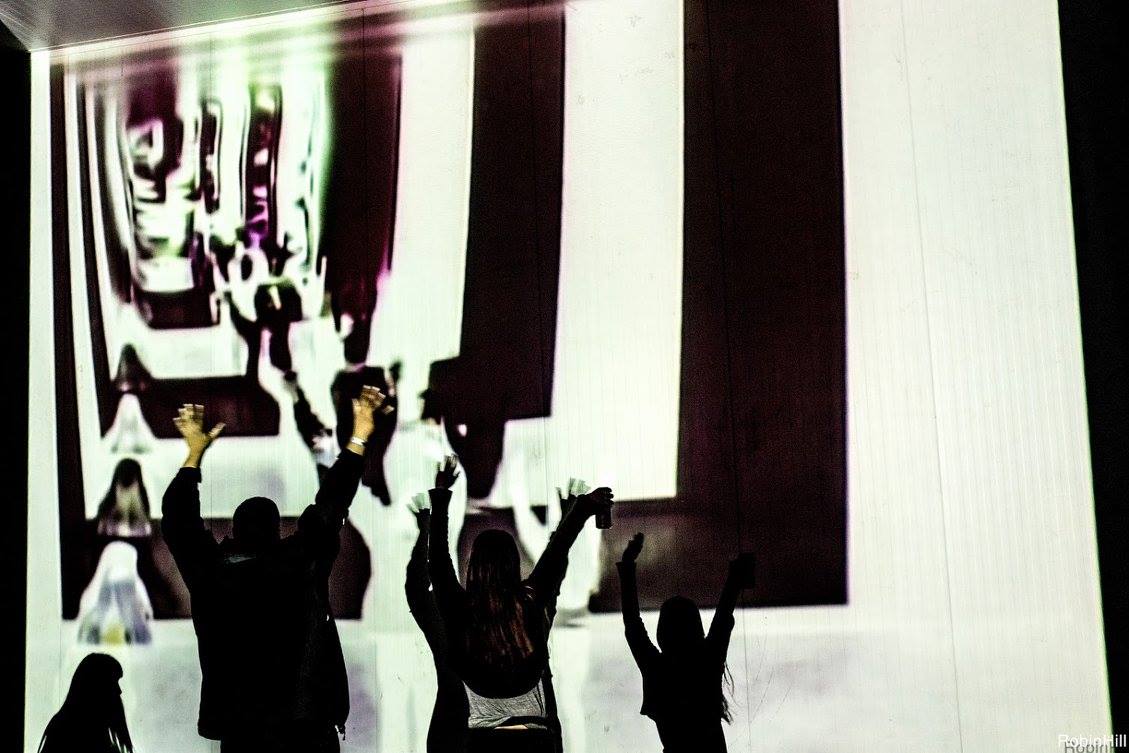 Islington Mill & Fat Out present LIVE in a Northern Town, a series of special collaborations, performances, and workshops commissioned to coincide with Life in a Northern Town exhibitions hosted by the NewBridge Project. Taking place between The Star and Shadow and the NewBridge Project studios in Newcastle & Gateshead, the two day program highlights Islington Mill’s signature mix of music and visual arts collaborations, showcasing musicians from the Northern cities participating in the project: Liverpool, Manchester/Salford, Leeds and Newcastle.

Saturday’s show at the Star and Shadow sees LIVE performances from Blóm Coatic Sequence, and a special collaboration between IMPATV and The Girl Sweat Pleasure Temple Ritual Band.

Girl Sweat Pleasure Temple Ritual Band is the movement of truth and beauty lead by Sweat.

The cosmos has spoken. After pounding the world via his sonic masses within Girl Sweat, Sweat himself was to be the conduit to guide the lost through the darkness and into bliss via the power of noise, drone and groove. After a short ceremony of blood, fire and poisons, his followers were baptised into the movement. Since 2016 Sweat alongside  his Pleasure Temple Ritual Band has been transcending audiences across the UK into liminal worlds of unparalleled joy via their cataclysmic, krautedelic onslaught. Live rituals have held upto 13 peoples worth of tribal percussion, unyielding guitar attacks, a cacophany of synth, sax and howling vocals.

IMPATV harness a unique visual aesthetic appropriating a lust for the odd and experimenting within. They combine obsolete and modern technology in order to broadcast and stream to you a plethora of weird and wonderful live music, performance and art.