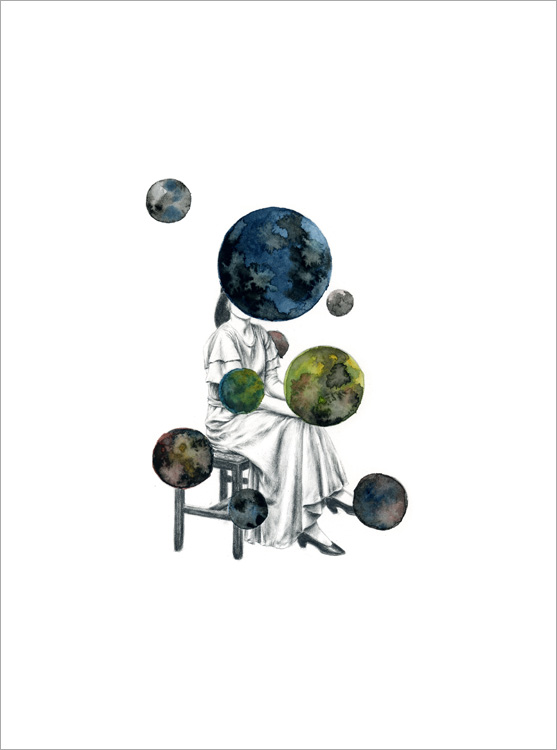 Islington Mill & Fat Out present LIVE in a Northern Town, a series of special collaborations, performances, and workshops commissioned to coincide with Life in a Northern Town exhibitions hosted by the NewBridge Project. Taking place between The Star and Shadow and the NewBridge Project studios in Newcastle & Gateshead, the two day program highlights Islington Mill’s signature mix of music and visual arts collaborations, showcasing musicians from the Northern cities participating in the project: Liverpool, Manchester/Salford, Leeds and Newcastle.

Blown Out are a Newcastle trio that evoke the psychedelic jam music of San Francisco’s glory days – effects-laden guitar jamming that goes nowhere and everywhere, held down by a hypnotic groove that never misses a beat, no matter how long they play without pause. The blues-rock roots of the jamming makes for a calming experience, after the head-fuck you’ll experience waiting for them. Sonically heavy rolling-thunder basslines, shaped by total head-change waster infused guitar freak-outs, gelled together with steady freeform rhythms.

Ex-Easter Island Head are a Liverpool based musical collective composing and performing music for solid-body electric guitar, percussion and other instruments.Primarily performing as a trio, the group incorporate multiple prepared electric guitars struck with percussion mallets to create works that explore group interplay, repetition and melodic invention through purposefully limited means. They have performed their original compositions solo, as a duo, trio, quartet and as a large ensemble across a wide variety of events from site specific installation works to live film scores.

ATATAT is the solo project of Joel Barbara; a drummer, composer & improviser based in Liverpool. He has played, written for, toured extensively and released many records with BARBEROS, a.P.A.t.T. + STIG NOISE, as well as appearing with STEALING SHEEP, THE ROYAL WEDDING, PRESIDENT BUSINESS and many other improvisational ensembles and collaborative projects over the last ten or so years. For his solo work (ATATAT) Joel uses contact mics, loops, fx, vocals and feedback to create a unique drone-scape, percussive universe.  Jumping between song, riff, blast, fuzz and space, he flows over the drum kit in a way not often seen, triggering melody, looping vocals, distorting electronics and and hammering every part of the drums to create his noise.

Rachel Goodyear specializes in the practice of Drawing where she explores notions of fear, desire and longing. Goodyear captures fragments of imagery, stripping them far from their original context before manipulating and rendering them in delicate pencil work. Her predominantly figurative drawings are occasionally interrupted with abstracted explosion of colour or texture. These motifs she considers to be ‘fractures’ or  ‘blind spots’ that conceal and partially reveal, like a waking dream or a false recollection. The resulting images are simultaneously macabre and playful, allowing for multiple interpretations of the scenes she depicts: playful or confrontational, erotic or predatory. Taking these drawing and other mark making techniques she produces live visuals using an overhead projector taking the audiences into her dream-like and sometimes unsettling world.