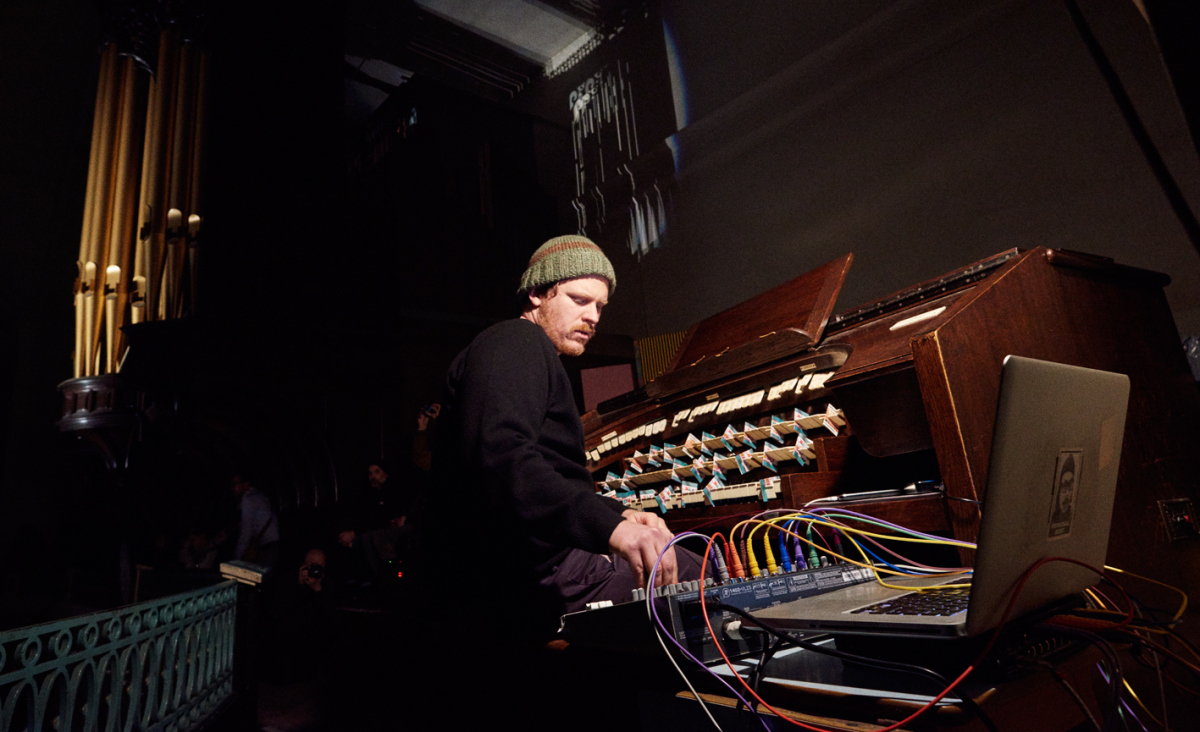 John Chantler is a musician and organiser living in Stockholm, Sweden.

This August Chantler releases ‘Which way to leave?’, his latest LP for Lawrence English’s ROOM40 label.

The self-reflexive sequencing that tracks the sub-harmonic series in the opening blast of ‘Falling Forward’ positions the record as Chantler’s most explicitly melodic. These melodies however do not exist in a mono-dimensional vacuum, rather they co-exist in a meshed framework of dynamic timbral layers.

The record’s abrupt cuts, deft variations of density and unexpected diversions are happily explored with headlong dives into ravishing texture and extended stretches of surface stasis. The music draws on a domestic reimagining of the traditions of studio based electronic music/musique concrete and 20th century minimalism and delivers this with brash revitalised energy.

This new LP follows ‘Still Light, Outside’ an extended suite that combines passages of stark minimalism centred at the bodily invasive extremes of the pipe organ’s register with striking explosions of colour; massed chords shot through with heavy distortion and electronics that operate according to their own dream logic. It was described as ‘strikingly beautiful’ by The Guardian.

Starting off will be two duo’s of strings & modular synth

Sam Weaver is a composer and sound artist with a longstanding interest in the studio as a sort off laboratory for sonic investigation, often re-routing instruments into abstraction and deliberately misusing his equipment. Since 2012 his main tool both live and in the studio, has been the Hordjik analogue modular synthesizer.

Otto Willberg is an improvising musician and composer, who mostly plays the double bass. His obsessive, and slightly unhinged tape Got Gills? is issued this July on Slip, and is his first release with the imprint.

He plays with multiple groups around the UK, and has recently toured NYC and the States with guitarist David Birchall, and psych outfit Desmadrados Soldados de Ventura.