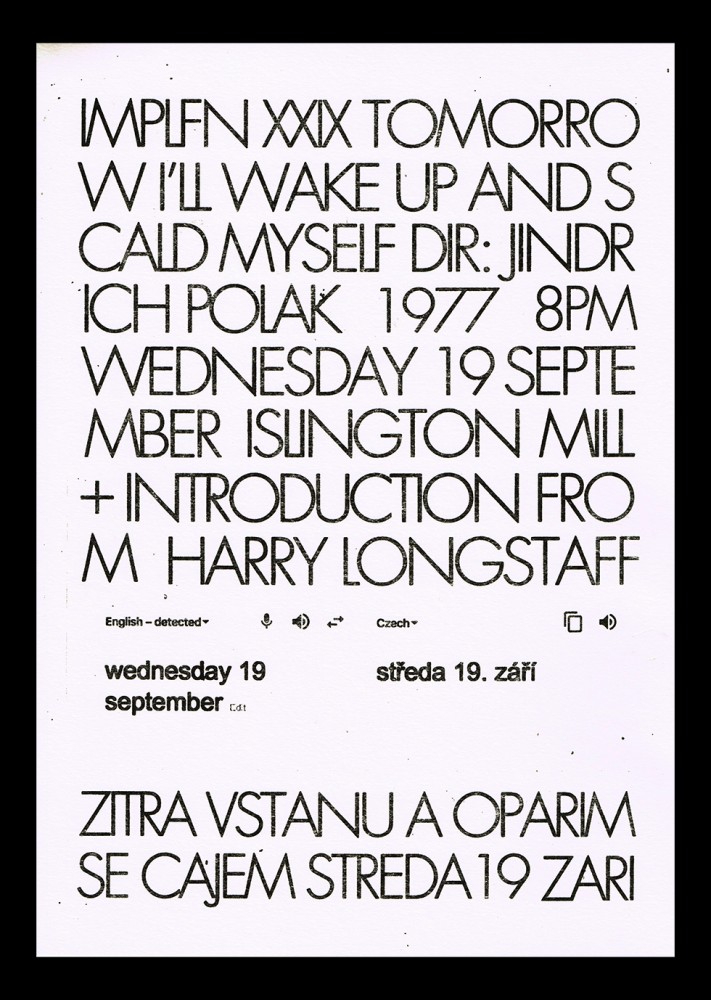 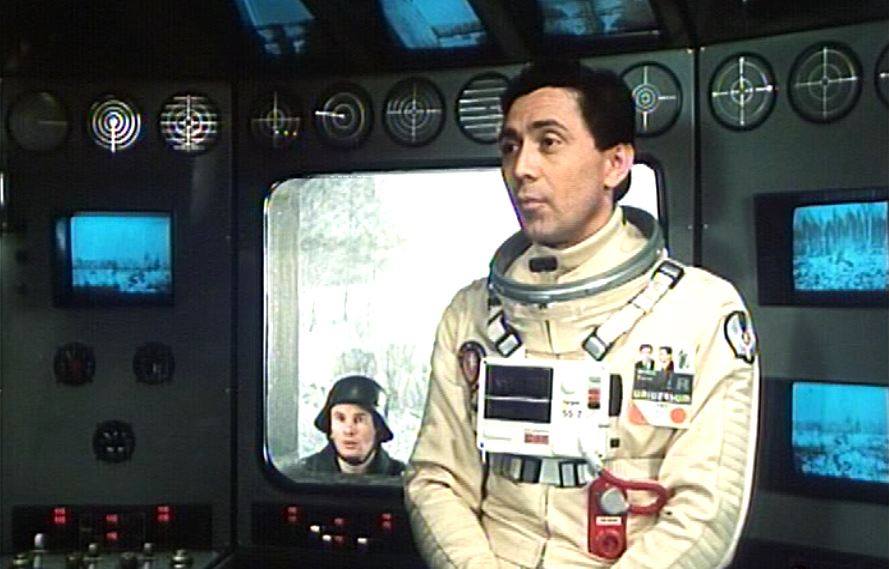 –TOMORROW, I’LL WAKE UP AND SCALD MYSELF WITH TEA–

Set in the near future, it mixes mistaken identities, time travel, romance, and Nazis into an unpredictable romp that runs on many of the same time-paradox ideas that were later used in the BACK TO THE FUTURE movies.

Peter Kostka stars as twin brothers Jan and Karel Bures; the former has designed a rocket that takes tourists back in time to obscure historical moments, the other pilots the ship, and the siblings have completely opposite personalities.

Jan is an quiet, nice guy, while Karel is a womanizing, gambling, chain-smoking slob with a beautiful circus performer fiancee.

Meanwhile, a group of old, wealthy, World War II-era Nazis have a scheme to use this time-traveling vacation alternative to return to WWII and give Hitler a Hydrogen Bomb.

Film screening at 8pm, BYOB, FREE TO ALL!