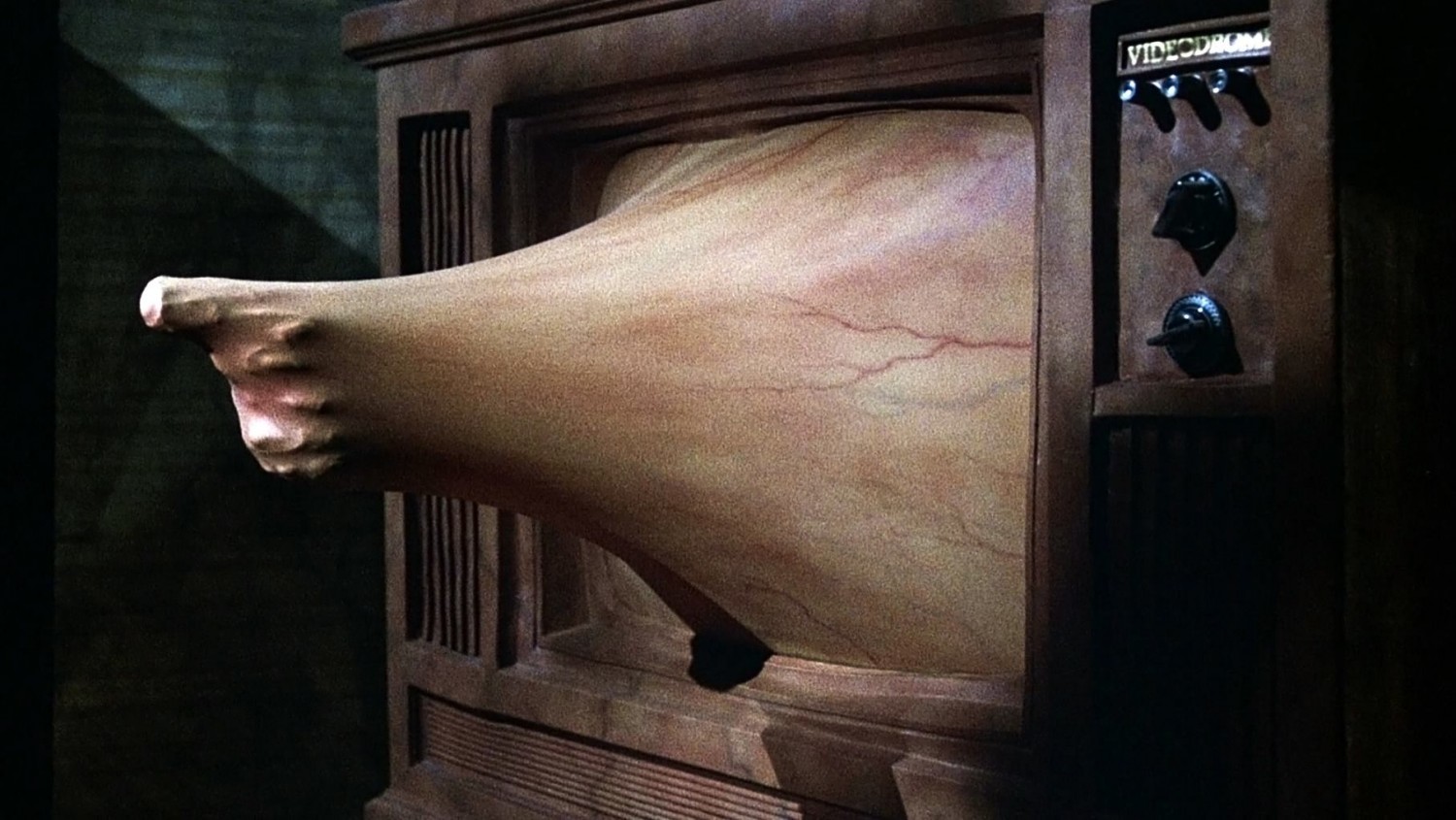 BOW TO THE CRT.

When Max Renn goes looking for edgy new shows for his sleazy cable TV station, he stumbles across the pirate broadcast of a hyperviolent torture show called Videodrome.

As he struggles to unearth the origins of the program, he embarks on a hallucinatory journey into a shadow world of right-wing conspiracies, sadomasochistic sex games, and bodily transformation.

Starring James Woods and Deborah Harry in one of her first film roles, Videodrome is one of writer/director David Cronenberg’s most original and provocative works, fusing social commentary with shocking elements of sex and violence.

Videodrome has come to be regarded as one of the most influential and mind-bending science fiction films of the 1980s.