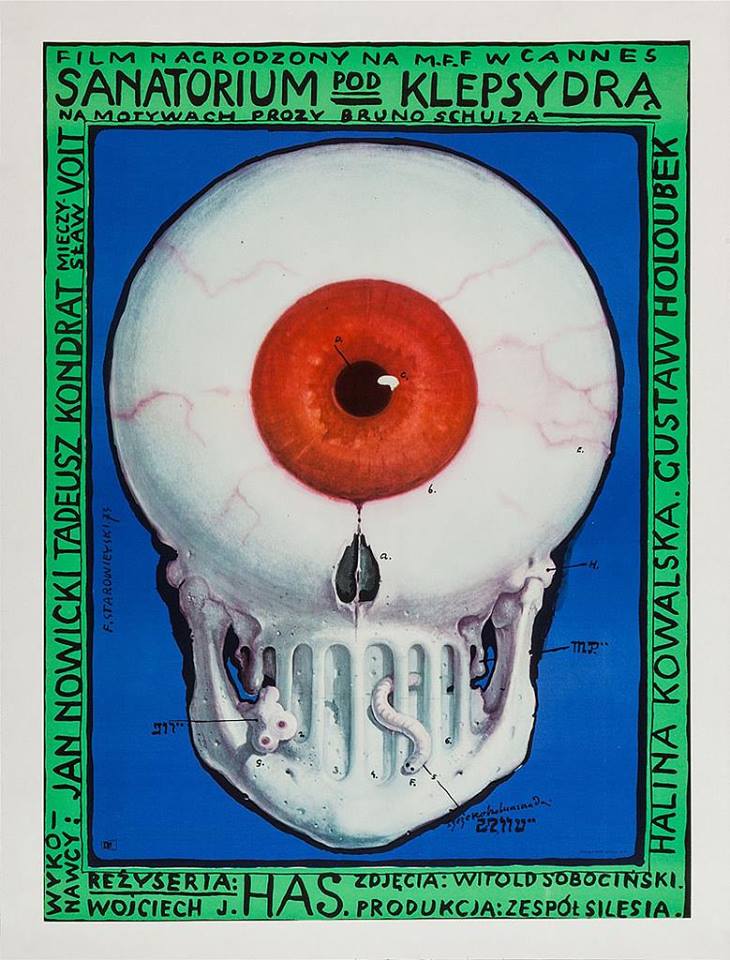 Very excited for this one, been on the list for a while, Wojciech Has’ THE HOURGLASS SANATORIUM.

A young man named Joseph (Jan Nowicki) visits a dilapidated Sanatorium to see his father Jakob (Tadeusz Konrad). On his arrival, a sinister doctor informs him that his father had stopped breathing but hasn’t died yet, perhaps due to Joseph’s arrival which may have halted time in the sanatorium. Joseph undertakes a strange journey through the many rooms of the sanatorium, each of which conjures worlds composed of his memories, dreams and nightmares. The Hourglass Sanatorium dispenses with traditional narrative, fashioning an audiovisual mosaic that blurs the line between reality and fantasy.

Wojciech Has fashions a cinematic universe composed with byzantine sets, hallucinatory images and a gallery of grotesque characters. However his magical-realist vision of pre-WW2 Poland is tinged with the sober consciousness of the violence that would follow and the recreation of Joseph’s childhood in a Jewish ghetto, foreshadowing the Holocaust.

As ever, BYOB, food from 6:30, bring a dish or whatever to share. Movie starts 8ish.

ALWAYS FREE AND OPEN TO ALL

All are welcome to attend either the potluck or the event, or both