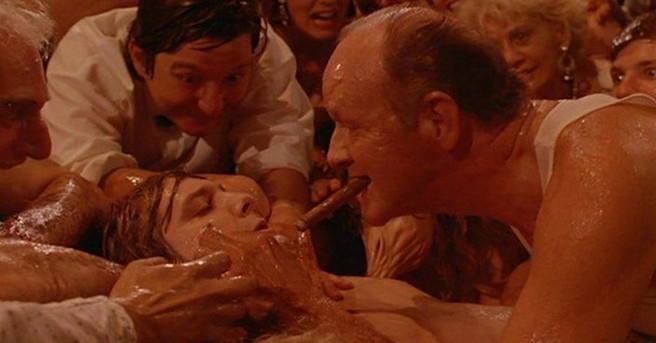 From the mind that brought you Reanimator, From Beyond, and erm, Honey I Shrunk the Kids, SOCIETY sees Bill Whitney a wealthy Californian in a mansion in Beverly Hills, He’s popular at his high school, looks to be a shoo-in for class president, has a cute cheerleader girlfriend and owns a new Jeep Wrangler to drive around in.

Despite this, he feels as though he does not fit in with his family or their high-society friends.

We host food from 6pm & the evening’s event will start from 7:30pm or as announced.