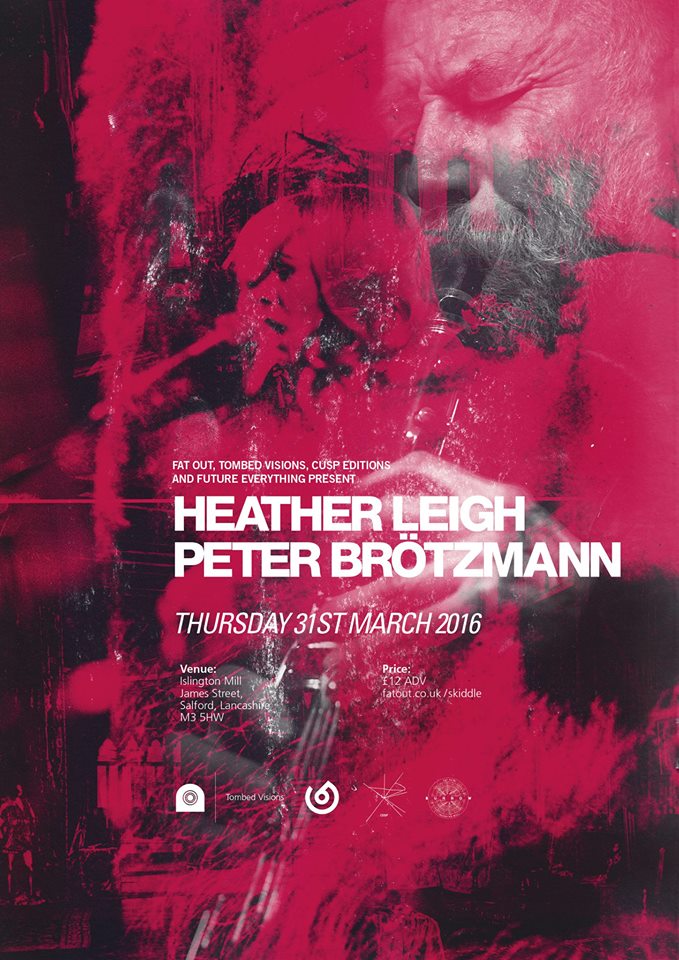 The duo of Peter Brotzmann and Heather Leigh first came together in Glasgow in 2015 and created such blistering results that further exploration of their explosive possibilities have been scheduled.

Neither musician requires much introduction. Brotzmann emerged in the politically tumultuous late 1960s and caught attention with his large groups featuring Evan Parker,Derek Bailey, Han Bennink and more, blowing holes in the listener’s consciousness with recordings such as Fuck De Boere and Nipples. Since then he’s been a major name in European free jazz across the decades, an incendiary live performer who’s appeared on over 100 albums and collaborated with an utter Who’s Who of improvised music from all sides of the globe.

The List magazine describes her as a
“Pedal steel guitar player from hell. Not for the faint-hearted.”

Her new solo album on Stephen O’Malley’s Ideologic Organ imprint, I Abused Animal, is winning widespread acclaim and bringing an avalanche of new attention to Heather’s music and this duo brings something new and profoundly impactful from both Brotzmann and Leigh.