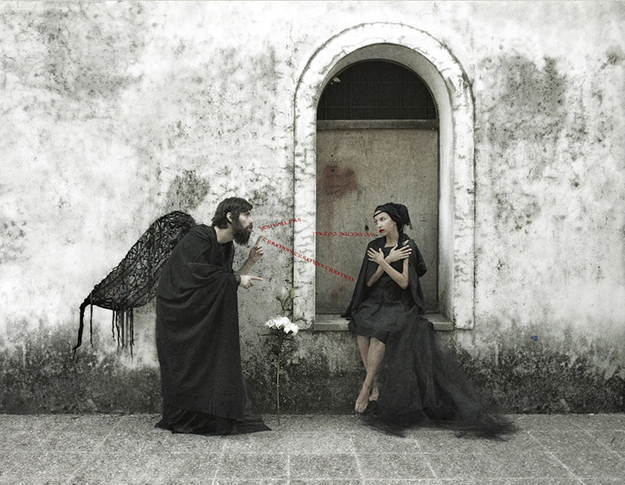 Father Murphy is the sound of the Catholic sense of Guilt. A downward spiral aiming at the bottom of the hollow, and then digging even deeper. Father Murphy over the years became one of the most mysterious and enigmatic musical entities coming out of Italy, part of that community that Simon Reynolds and Julian Cope started to call the new “Italian Occult Psychedelia”.

Portland, Oregon’s Muscle and Marrow write music that is at once harrowing and intense—yet also plaintive and vaporous. Formed in 2013 by Kira Clark (voice, guitar) and Keith McGraw (drums, sounds), Muscle and Marrow quickly discovered their distinctive sound. Taking inspiration from visual and feminist art, as well as contemporary poetry and literature, Muscle and Marrow is an entity that is as thoughtful as it is powerful, and as experimental as it is immediate.