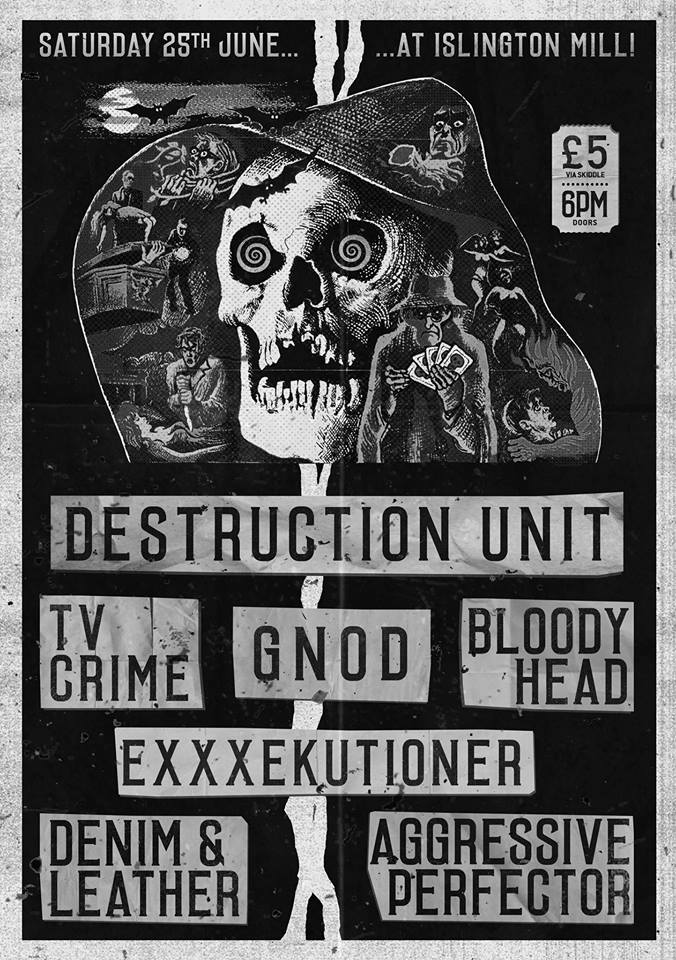 Destruction Unit started in 2000 in Memphis, Tennessee as a synth-punk solo project by Ryan Rousseau (with the help of his brother Rusty at the keyboards) with a self-produced single; the first two albums were released with Jay Reatard and Alicja Trout of the Lost Sounds. After these first recordings Ryan Rousseau went back to Arizona and restarted the band with a new line up and a new psychedelic oriented sound.

GNOD
GNOD make GNOISE; a churning scree of incandescent tumult that feels less like rock ‘n’ roll than an anonymously delivered pummelling to the head and guts in some dark alley late one Saturday night. GNOD’s is a singularly British noise too. Yes, there are vague nods to early Swans but only a band playing in the ruins of what Cameron et al have done to this once green and pleasant land could raise such a conflagration as “Mirror”. Whatever your musical taste, you need this album in your life immediately. No ifs, buts or maybes.

BLOODY HEAD
From the rehearsal demo i’ve heard, it sounds like payday in a tarmacer’s pub. A blend of Flipper/Brainbombs etc. (current MOLOCH / ENDLESS GRINNING SKULLS)