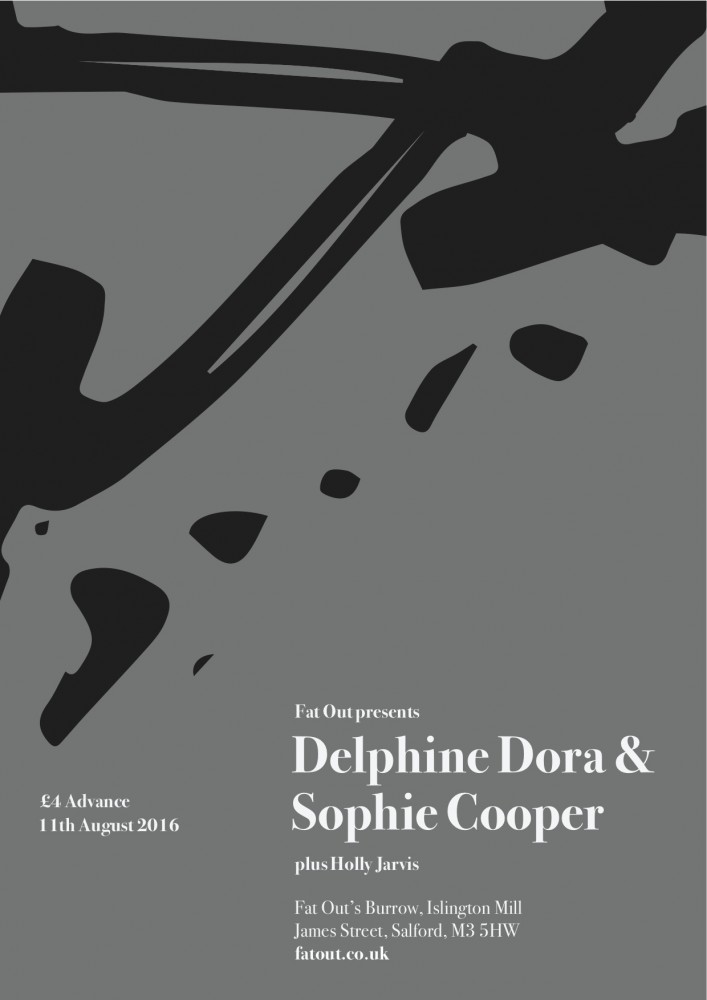 Improvisation collaborators using piano, trombone and vocals. France’s Delphine Dora and England’s Sophie Cooper have both been making music individually over the past decade and have come together for this unique collaboration using piano, trombone and wordless vocals. Last year they released an album called Distance Future on the Yorkshire based “Was ist Das?” label and it appeared on both The Quietus and Pitchfork’s end of year lists. The sound produced is very separate from their solo works and this will be one of the first performances of the collaboration in the UK.

Holly Jarvis is a sound artist and improviser based in Todmorden. Through installations and performances, her work investigates soundscape ecology and deep listening practices. For this performance, Holly will be joined by Andrew Jarvis and Rowan Forestier (Embla Quickbeam). The trio explore the sonic topography of Islington Mill using motorised objects, bells, gongs, percussion, and strings.