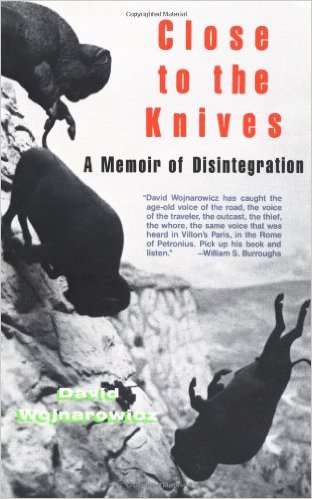 David Wojnarowicz: Close To The Knives

David Wojnarowicz was a groundbreaking artist, sexual outlaw, musician, AIDS activist and writer. A major retrospective of his work is forthcoming at the Whitney in 2018. His work included super 8 film, including the beautiful and controversial ‘Fire in my Belly’, the photography series ‘Arthur Rimbaud in New York’, the image of buffalo running off a cliff face later used by U2, and the infamous Christ-like image of his lover, the artist Peter Hujar dying of AIDS.

To celebrate David’s life and work, and to mark the exciting publication by Canongate of a new edition of his visceral, inspirational and uncompromising memoir Close To The Knives– featuring brand new introduction by Olivia Laing (The Lonely City) – we present a night of art, recital, film, performance and conversation at Islington Mill.

Curated by Greg Thorpe of Superbia, the event will include an introduction to David’s work, some short films providing cultural and historical context, recitals from his own writing and from writing about him, work from performance artist Matt Fennemore, and finally a discussion with Greg Thorpe, Matt Fennemore and Dr Monica Pearl of the University of Manchester, with an audience Q&A and conversation. There will also be an art installation in place during the event entitled ‘A mile of black paper’ which we invite everyone to contribute to.

Matt Fennemore is a London-based performance artist whose work has been variously shaped and inspired by David Wojnarowicz for two decades, including the piece Got Aids Yet?with the writer Jonathan Kemp, and the later multi-media work You Killed Me First!

Dr Monica Pearl was an AIDS activist in ACT-UP New York during the peak years of the AIDS crisis. She writes, researches and teaches on cultural representations of AIDS in 20th-century American literature and film. She is author of AIDS Literature and Gay Identity : The literature of loss from Routledge.

Copies of Close to the Knives will be available for sale with a discount at the event and we are pleased to welcome Aspidistra Books to join us as bookseller.