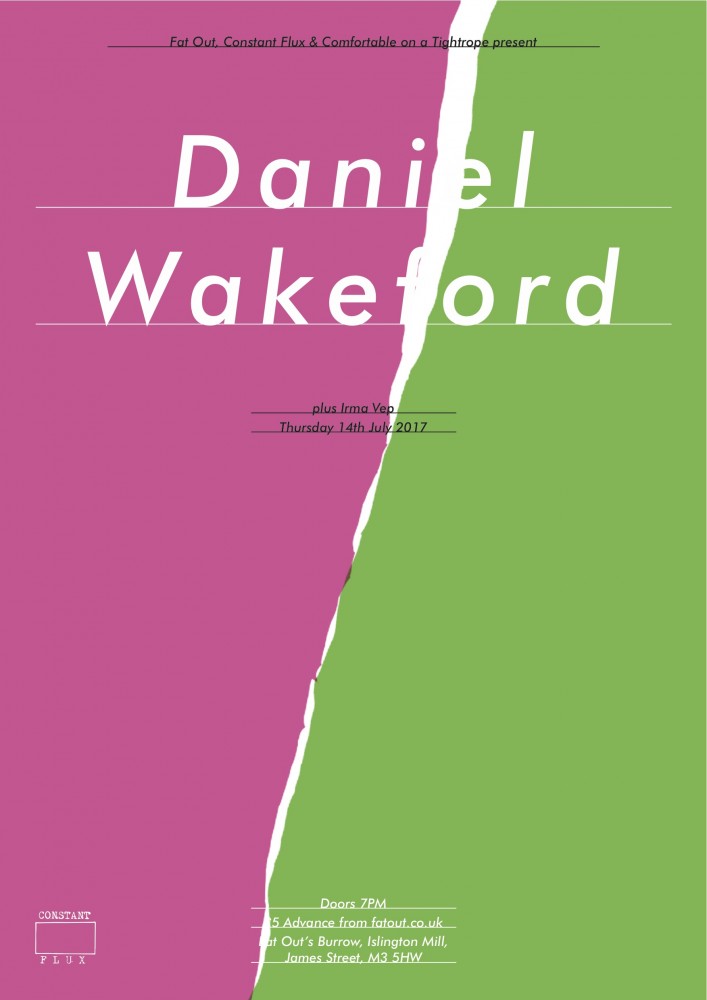 Pure and ecstatic pop from a charismatic and honest individual. Daniel Wakeford is a singer-songwriter from the UK’s burgeoning learning disabled music scene, based in Brighton and going out on tour for the first time ever, promoting his new album, “The Songs of Gigs”.

Daniel has been writing and recording music since 2009. Working alongside musician Tom Cook, Daniel brings lyrics and a melody to him every Friday and within an hour and a half a song will be created. Taking this approach Daniel has amassed an impressive back catalogue, in excess of 60 songs. 10 of these songs have been taken to Metway Studios in Brighton, re-recorded, given the time and attention they deserve and compiled to create his first album proper, “The Songs Of Gigs”. His songs are about his life and the things he loves, from his family and friends, to bad feelings and Beethoven.

Daniel in recent years has also gained a cult following in mainstream culture due to his show-stealing appearances on Channel 4’s “The Undateables”. His charm shone through in the episodes he appeared in and that same charm inhabits all of his songs. The album will be released through Carousel, the learning disability arts organisation that supports him as an artist.

Alongside this Daniel has teamed up with Constant Flux, with funding from Arts Council England, to put together a tour to promote his album. Having performed in and around Brighton and London for years, he wins over every audience he plays to. Daniel, who describes himself as an singer songwriter with autism, is an important part of the learning disabled music scene in the UK and through celebrating this, it will portray a much needed positive image of learning disabled people in the media and helps highlight the challenges faced by musicians with learning disabilities.

“A legend and an inspiration” – Marc Riley, BBC 6music

“Daniel Wakeford brings heartfelt euphoria wherever he goes. His seemingly bottomless well of material offers up classic after classic in the shape of relentlessly catchy pop naivetes. It’s the delivery that sets Daniel apart, anyone with a shred of a soul can’t help but be won over by his unbounded joy and enthusiasm.” – Supernormal Festival
The Jefferey Singh Band:
Jeffrey came to Seed Studio in 2007. When starting at Seed Studio Jeffrey had never played an instrument before. However in time he taught himself how to play the drums by practicing on his own regularly. In 2009 he became a volunteer in the studio and helped others to learn how to play the drums. Two years later another volunteer Janet at Seed Studio taught Jeffrey how to play the guitar. Following learning various instruments over the years Jeffrey learnt how to use the recording equipment so that he could record his own music. This lead to Jeffrey releasing his first album ‘Jeffrey’s Rock ‘n’ Roll in 2015. Jeffrey continues to volunteer in the Seed Studio and teach others with his skills.