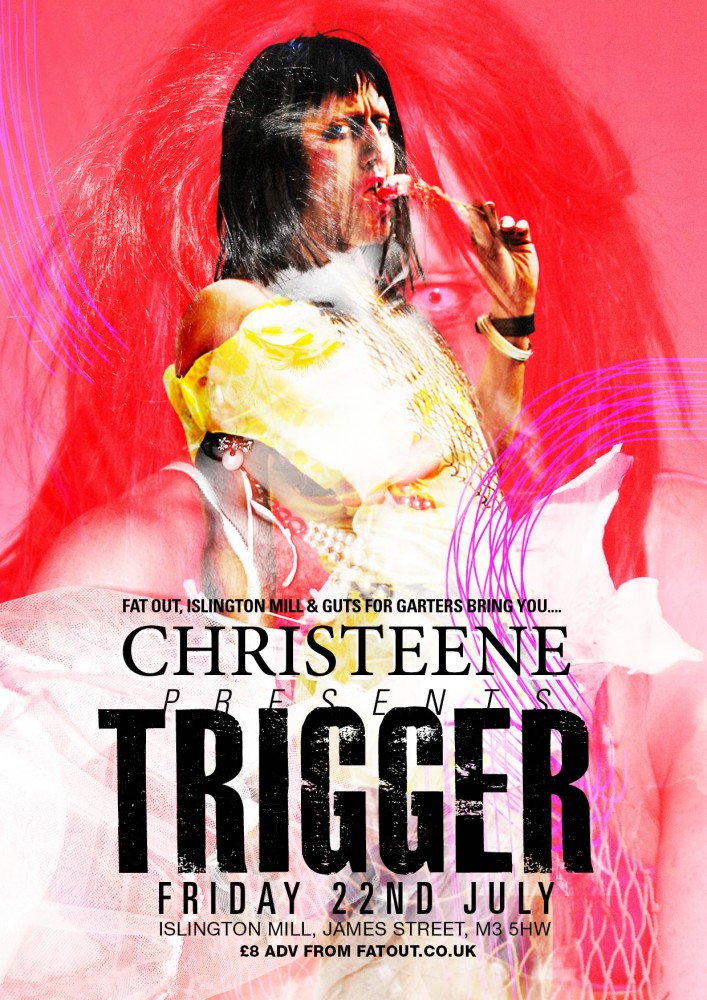 So excited that OUR Queen is returning to her Salford home for a special performance for Islington Mill’s founder, owner, magician Bill Campbell’s birthday. CHRISTEENE triumphantly returns, revealing an enclave of stank spoils from territories unknown for all to bear witness with this new spectacle of filth and fantasy titled “TRIGGER”.

Forging the raw and dangerous physical realms of this revolutionary provocateur with a schizophrenic kaleidoscope of ferocious visions and
mind altering jams, “TRIGGER” tempts its audiences to defy, shed,
and transform all previous notions of normative living.