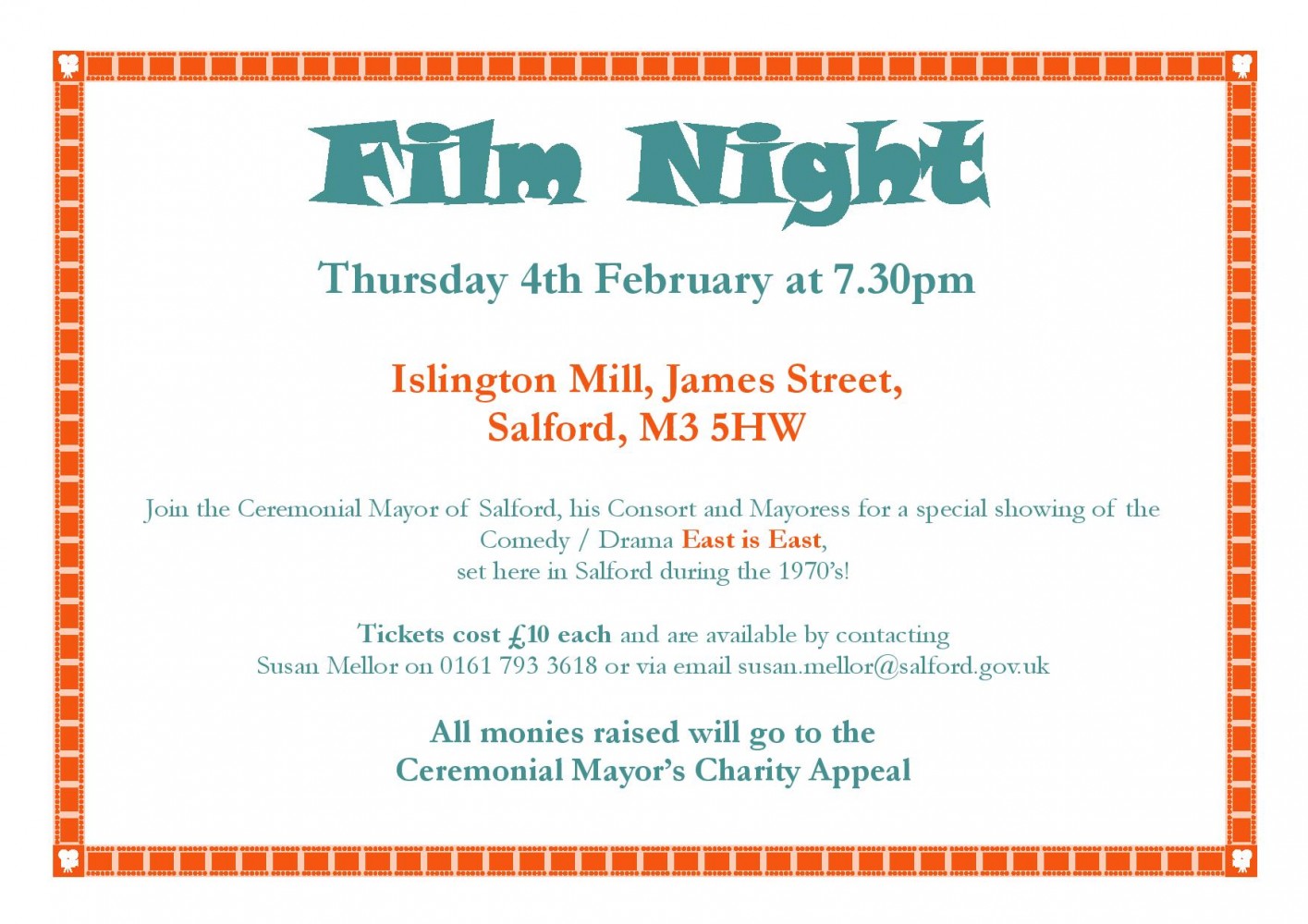 Join the Ceremonial Mayor of Salford, his Consort and Mayoress for a special showing of the Comedy / Drama East is East, set here in Salford during the 1970’s!

Tickets cost £10 each and are available by contacting Susan Mellor on 0161 793 3618 or via email susan.mellor@salford.gov.uk

All monies raised will go to the Ceremonial Mayor’s Charity Appeal.