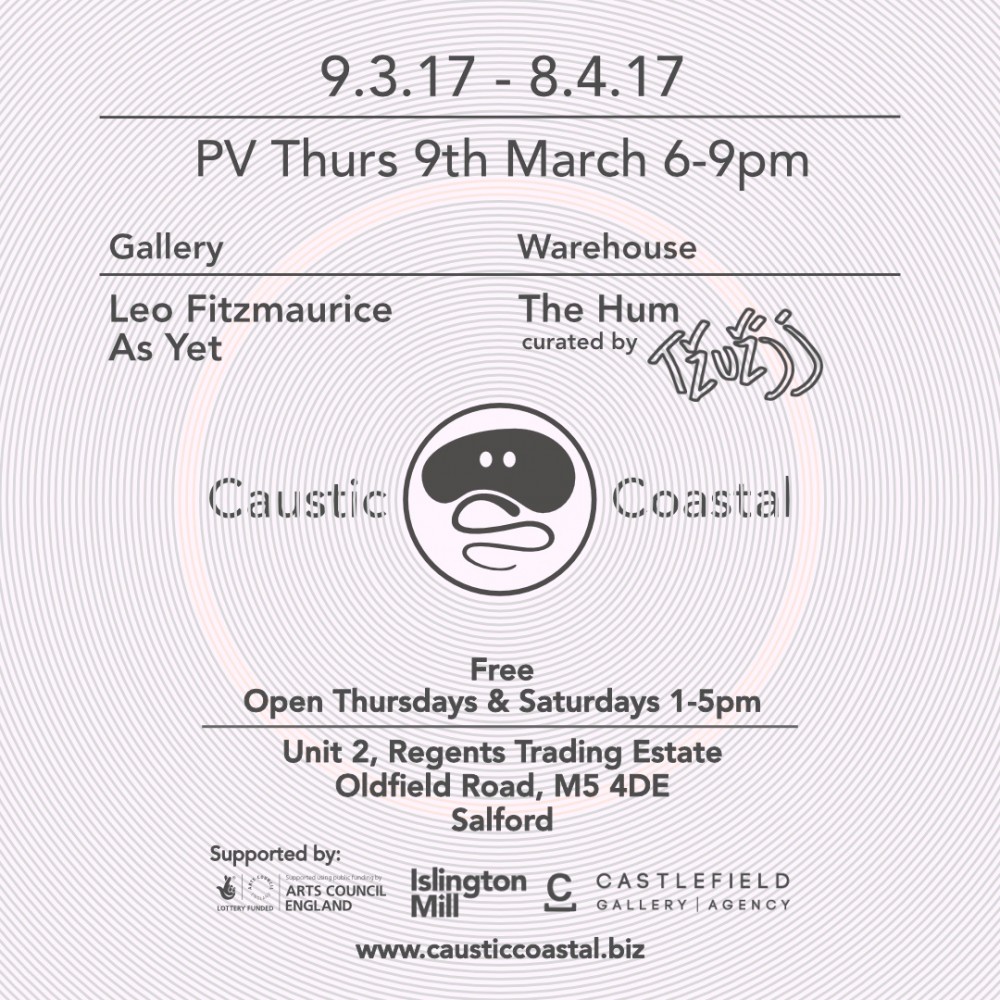 Gallery Space
Leo Fitzmaurice – As Yet

A new site specific solo exhibition from Leo Fitzmaurice.
Leo Fitzmaurice (b. Shropshire, 1963) lives and works in Merseyside. He studied painting at Leicester Polytechnic, Liverpool Polytechnic and Manchester Metropolitan University. Fitzmaurice’s work has been exhibited widely in shows such as Good Riddance at MOT, London (2007), the international sculpture show Blickachsen 6 in Germany (2007); Undone at the Henry Moore Institute, Leeds (2010); Cosmos Levels, The Sunday Painter, London (2010), Futbol: The Beautiful Game, LACMA, Los Angeles (2014). During this period, Fitzmaurice developed the long-term project Post Match which was launched in 2009 with a publication by art agency Locus+. It was later shown at Gallery So in London. In 2008, Fitzmaurice was commissioned by Harewood House in Leeds to make a permanent sculpture. The artist was shortlisted for the Northern Art Prize in 2011, presented at Leeds Art Gallery, winning the prize for his presentation of a slide-show of photographs and an arrangement of 13 landscape paintings from the gallery’s collection. Most recently Fitzmaurice has been commissioned to produce a work Litter for Frieze Sculpture Park which is now permanently sited at the Yorkshire Sculpture Park. Leo Fitzmaurice’s work is featured in: The Arts Council Collection of England, Yorkshire Sculpture Park, Manchester Art Gallery, The Royal London Hospital, and Locus+ Archive. Fitzmaurice is represented by The Sunday Painter, London.

The Hum is a group exhibition which draws its name from a phenomenon of unexplained tones or frequencies, the most notorious examples of which being the “Bristol Hum” and the “Taos Hum”. The exhibition features work that has a degree of mystique, folklore and tacit understanding, or that occupies/addresses the spaces in between things, i.e. voids and negative spaces.

For those who can hear The Hum it can be a very disturbing phenomenon.
There has been skepticism about whether The Hum exists.