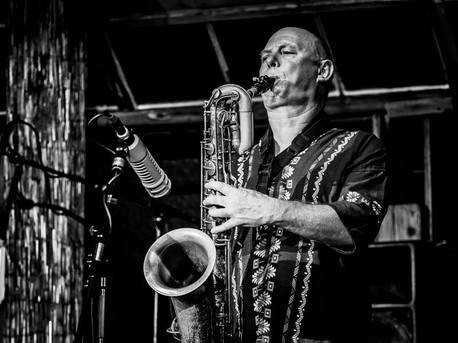 Alan’s soul searing playing, full of passion, agression and a dumbfounding inventiveness has seen him play with an astonishing array of world reknowned imrpovisers including Peter Brotzmann, Eddie Prévost, Barre Phillips and Derek Bailey. No stranger to the trio format, Wilkinson is probably best known for his no prisoners power trio with drummer Paul Hession and pianist Simon Fell, who issued a handfull of critically acclaimed recordings during the 90’s. Alan’s most recent work includes a handful of albums with bassists John Edwards and drummer Steve Noble for Bo’Weavil recordings and recently a collaboration with Taliblam for Astral Spirits, all stone cold classics. David Birchall and Andrew Cheetham have be tussling together for over 5 years, working conistsently with saxophonists Colin Webster and Sam Andreae….believe they will bring the fire!

1 more opening act to be confimred!