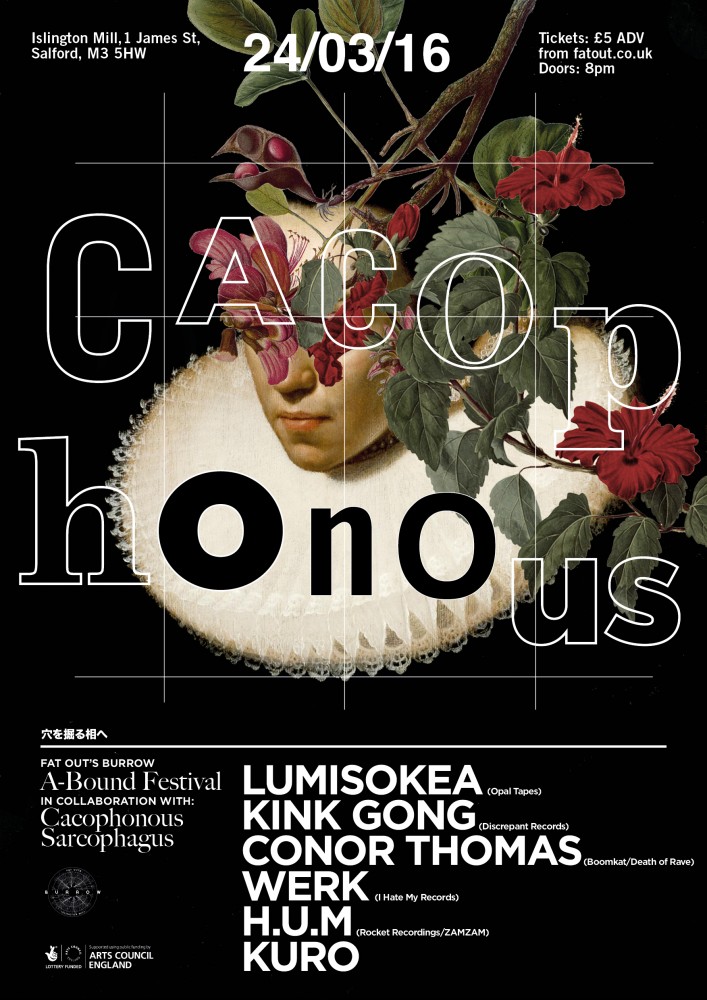 Thursday: day two of A-Bound Festival and we are collaborating with Bristol renegade and partner in crime Cacophonous Sarcophagus who presents a line up crawling with dark electronics and aural head fucks.

LUMISOKEA (Opal Tapes)
http://www.lumisokea.com/www.lumisokea.com/News.html
Lumisokea is a Belgian-Italian duo, formed by Koenraad Ecker and Andrea Taeggi. Their music is at once highly physical and rich in texture, using both acoustic (cello, prepared piano) as well as analog hardware to create a dark and introspective listening experience. Their influences range from dub to noise, bassmusic, techno, musique concrète and contemporary classical music, while remaining focused on the key elements in their music : to induce trance-like states, to move bodies and to emphasize the tactile qualities of sound.

KINK GONG (Discrepant Records)
https://soundcloud.com/kinkgong
Since the end of the 90s, Laurent Jeanneau, has been recording the music of mostly endangered minorities of South East Asia. Alongside his relentless pursue of remote exotic and unpublished musical traditions, he also creates electronic versions by combining raw recordings with natural sounds, archive material and electronically treated sounds.
His personal CDr label ‘Kink Gong Rec’ is the outlet for his untouched field recordings, whereas he releases his collages through Discrepant records, as well as being the go-to man of the region for Sublime Frequencies.