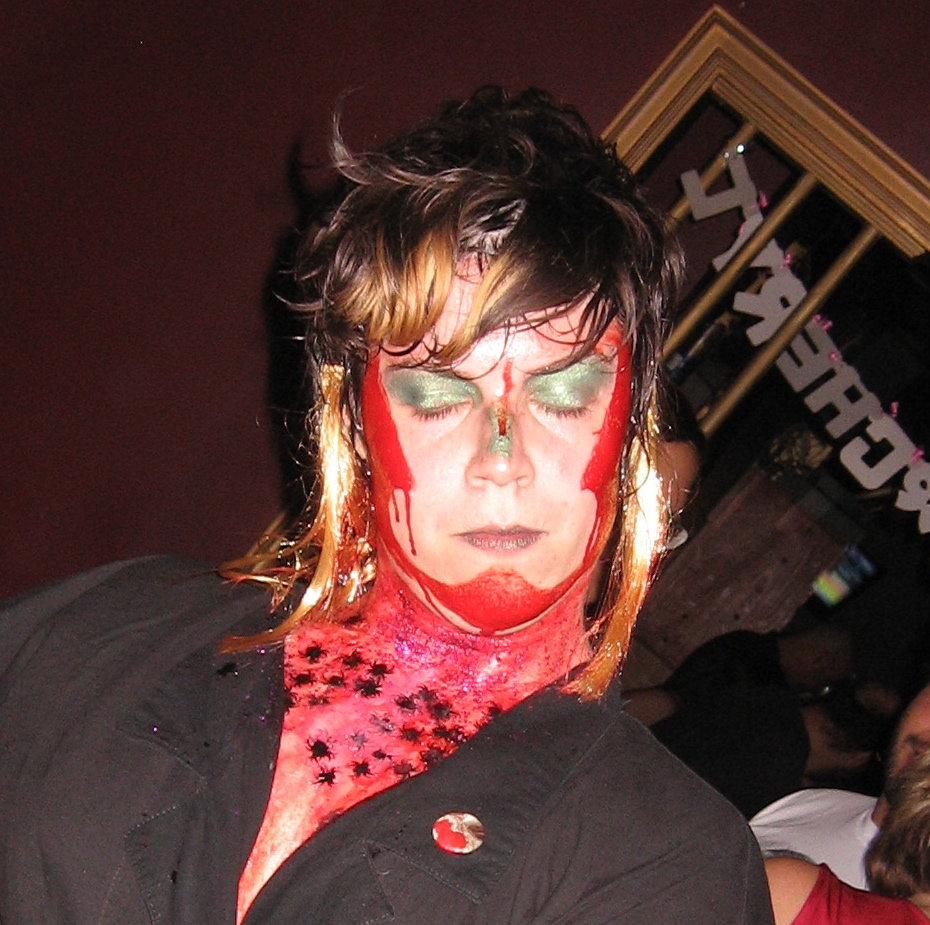 The newest Samarbeta residency welcomes artist SVB (Sarah Van Buren) from New York for a 2-part residency. The first part saw the artist making field sound recordings in rural Ireland in spaces of supernatural significance. In the second instalment, the artist will transform these recordings, reproduced and re-contextualised musically inside The Fridge at Caustic Coastal for a live sound event this Friday (14 December) named The Stone Tape. We caught up with the artist to find out more…

Hi Sarah, this is not your first time at Islington Mill. Tell us more?

that is correct. I have been here a lot, starting in may of 2012 when CHERYL, the video, performance + party collective i’ve been a part of for 10 years, first had a residency at the mill for 5 weeks. it totally changed my life and i’ve come back ever since to work on other types of collaborative creative projects with artists based at the mill.  these were often CHERYL-related projects, although last time i was here (for FAT OUT FEST 2017), i curated one of the stages (thru another project i am involved with called 24-HOUR DRONE, via Basilica Hudson) in tandem with CHERYL acting as art directors and interventionists during the weekend.

How would you describe your sound and musical work up till now?

my sound is very lo-fi as i often use analog equipment, especially cassette tapes, to create atmospheric backing tracks.  although it’s a bit noisy / experimental, once i start singing it’s totally pop music. let’s call it ‘spooky pop’, or, as one of my friends called it recently, ‘astral blues’, something like that.

What’s behind your recent move towards analogue sound recording and collaging?

the project i’m working on here at the mill is an expansion of the sound i’ve been building as a solo musical artist over the past year, so in a way it’s more of a culminating work than a recent move.  i tend to pull inspiration from lots of disparate sources, going off intuition and hopefully finding a synchronic (synchronicitous?? N*SYNC??) through-line based on what jumps out at me.  i think that’s the way i tend to do things in general, like an amoeba expanding on all sides through more linear-based thought-lines.

i am really grateful to emma + riv of samabeta for giving me the opportunity to work more deeply than is possible in my current life setup at home.  while i feel very comfortable here at the mill as i’ve spent loads of time here over the years, i am definitely out of my comfort zone because this is very much a solo mission.  in general, i think it’s important not to get too comfortable in life, especially if you’re a creative person.  you should take risks and do scary things in order to grow.  that’s sort of what this whole thing is about for me personally.

Tell us about the trip to Roscommon in Ireland? Did you encounter some of the supernatural elements you were looking for?

yes, it’s really special there.  and again, i’m super grateful to paddy and marlene of gnod / the gnod farm for having me.  we visited a number of sacred sites while i was over, including the ‘cave of cats’ which felt like being in the earth’s vagina, and loughcrew, which is sited on the highest peak in county meath and had many stone circles.  once i had been in the landscape for a few days, i realised that sacred  + ancient sites were everywhere.  my eyes got attuned to them and they jumped out at me.  the whole experience was definitely part fact-finding mission for this project and part passive witnessing of an ancient land.  i plan on going back with my mom next year, as a special ancestral trip.

What can the audience expect from your final residency performance at Caustic Coastal?

the set i’m playing is a piece that’s comprised of 7 to 8 songs following a loose narrative which blend into one another, and incorporate much of the stuff we’ve discussed here.  geologic time, portals, the sacred feminine, personal struggle … it’s all in there! it should be a fun night. I  have the A team in the house. my friend Amy (Zim Zum) is also playing, alongside Breaking Colts, a duo i just saw live the other night at Peer Hat. i’m really psyched they joined the bill.  Raikes is doing sound, and The Fridge at Caustic Coastal already has a really interesting and fitting installation in there from Emma Talbot, which could be interpreted to fit the theme of the music.  also, Dean of Caustic Coastal is hosting an artists’ open studio starting at 5pm, so they’re encouraging people to come for that and stay for the music.

Get your tickets right here, and big thanks to Sarah for taking time to be quizzed.